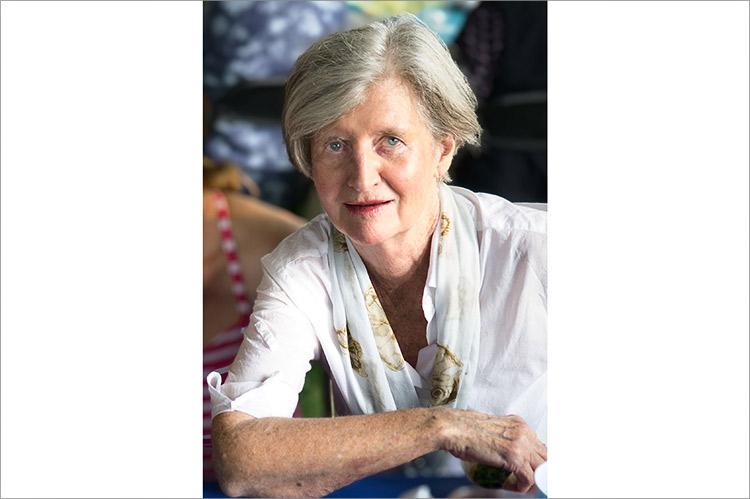 “In her final years,” Margaret Hannibal “was focused on maintaining a generational presence for her seven grandchildren and great-grandchild,” her family wrote. “She was committed to a sense of continuity and spiritual purpose.”

A nurse and East Hampton resident for many years, Mrs. Hannibal died on April 2 in Asheville, N.C., where she had lived near her sons for the past five years. She was 85 and had been in declining health.

The daughter of Irish immigrants — John Twomey and the former Mary Ellen Ryan — who settled in Cambridge, Mass., Margaret Adele Twomey was the fourth of eight children, born on May 31, 1936. Peggy, as she was then known, attended St. John’s High School, where she was wooed by her fellow student and future husband, Edward Hannibal. Their children remember that he liked to recall, “I caught sight of her on the train to school. Gazing into those piercing, intelligent blue eyes — it was all over.”

She was salutatorian of her high school class, and received a certificate from the Mount Auburn School of Nursing in 1957. Upon Mr. Hannibal’s graduation from Boston College, the two were married and moved to Stuttgart, Germany. He served in the Army as a first lieutenant in military intelligence, and she had their first two children.

Eventually, Mr. Hannibal began commuting weekly to Manhattan to work in advertising, while Mrs. Hannibal “held down the fort in East Hampton,” her family said. Their children all graduated from East Hampton High School.

“Now a commuter herself, she worked at various New York City hospitals,” her family wrote, but “found her greatest career fulfillment, however, teaching health education at Queens and Brooklyn community colleges. She loved the students, often immigrants at various stages of life, working full time and struggling to receive an education they valued very highly.”

She was also a talented sewer and progressed through the most advanced tailoring classes offered at the Fashion Institute of Technology.

“Maggie was a beloved community member in East Hampton for many years,” her children said.

Memorial donations have been suggested to the South Fork Natural History Museum at sofo.org.