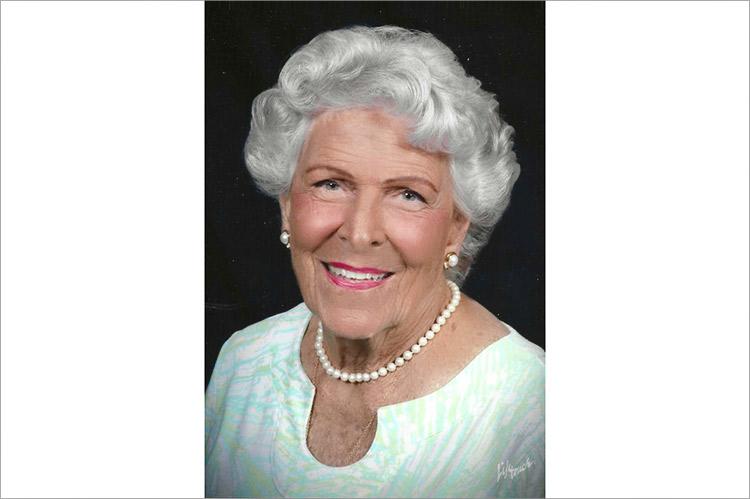 Florence Thiele and her husband, the late Roger H. Thiele, started spending time in East Hampton at his parents’ house on Lily Pond Lane in the early 1950s. Mrs. Thiele died of congestive heart failure on April 15 at Mariner Sands, a private community in Stuart, Fla. She was 94 and had been ill for only a short time.

She was born in West Palm Beach, Fla., on Sept. 6, 1927, the daughter of the former Helen L. Hapeman and Spencer Toll Lainhart Sr. She Lived with her parents there until she married Mr. Thiele in the old Poinciana Chapel in Palm Beach on Feb. 26, 1954; he was from Scarsdale, N.Y. She graduated from the Graham Ecke School in Palm Beach and attended Ogontz Junior College in Philadelphia, which later became part of Penn State University.

Mrs. Thiele was a devoted volunteer, working every summer at the Crippled Children Society in Palm Beach as well as at Phelps Memorial Hospital in Sleepy Hollow, N.Y., where she was one of the first hundred volunteers when it opened its doors. She was active in the Junior League of Westchester, the Sleepy Hollow Garden Club, and the Second Reformed Church in Tarrytown.

Modeling in the Palm Beaches was something she enjoyed for about 10 years and was in demand for, her family said. She wore the Empress Josephine Diamond Tiara the first time it was shown in Palm Beach by Van Cleef & Arpels. She also did modeling work for Saks Fifth Avenue Holiday magazine, Palm Beach Life, and The Social Spectator.

A memorial service will be held at the Mariner Sands Chapel on May 14, with interment of ashes at the Chapel Gardens to follow.