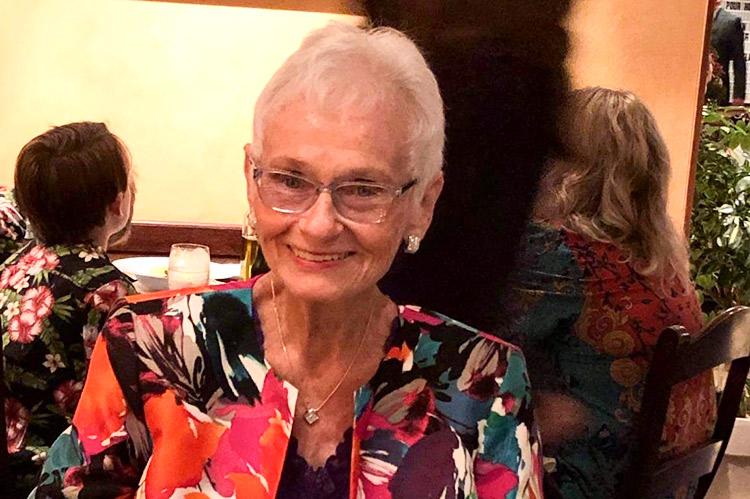 Peg Calabrese of East Hampton and the Villages, Fla., was a skilled bridge player and worked as vice president of human resources for the Bank of the Hamptons for more than a decade. But her favorite thing to do, her family said, was take care of her four grandchildren, and so, in 1995, she retired from the bank to do just that.

Mrs. Calabrese died of congestive heart failure at home in East Hampton last Thursday. She was 83 and had been ill for a year.

She was born Margaret Mary Murphy in Philadelphia on July 25, 1938, to Peter Patrick Murphy, a tobacconist, and the former Mary Margaret Kelly.

During her two years at Gwynedd-Mercy College, she attended a dance and met Theodore J. Calabrese, who was a student at the nearby Pennsylvania College of Optometry. After her graduation and just before her 23rd birthday, they married and moved west for careers in the military. Mrs. Calabrese worked as a secretary to a general while her husband served in the Army.

In 1978, the couple moved to East Hampton. Her husband, who survives her, had set up an optometry shop in Southampton, and Mrs. Calabrese worked for Marders nursery as a secretary before taking her position with the Bank of the Hamptons in 1980. Its acquisition by Suffolk County National Bank coincided with her retirement in 1995.

In East Hampton, Mrs. Calabrese was an active parishioner of Most Holy Trinity Catholic Church. Her family wrote that she was “a champion of those in need.”

She took up bridge when she and her husband moved to Florida. “She played seven days a week, and even took bridge lessons, even though she played for years and years,” said one of her children, T.J. Calabrese of East Hampton, who now runs his father’s optometry business.

Mashashimuet Park's History and Future
A Conference for Young People to Create Solutions
Get Outside, Get Moving
END_OF_DOCUMENT_TOKEN_TO_BE_REPLACED