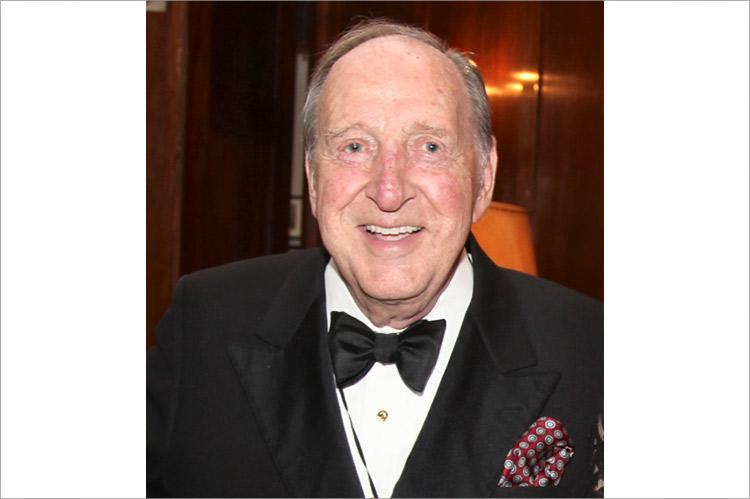 Charles Seymour Bullock Jr., a magazine publisher who later co-founded Dunemere Associates, an East Hampton real estate firm, was closely involved with the community here, serving as a trustee of Guild Hall, as chairman of its John Drew Theater committee, and as a member of the East Hampton Historical Society’s board.

Mr. Bullock, who split his time between East Hampton and New York City for many years, died at home in Palm Beach, Fla., on Saturday. He was 89 and in fairly good health to the end, his family said.

Mr. Bullock was the son of Charles S. Bullock and the former Katherine Robinson of Cold Spring, N.Y. Born in 1932, he graduated from the Taft School in 1950 and Yale University in 1954. In June of 1955 he married Susanne Barbour in New Vernon, N.J. The two had met while he had a summer vacation job playing piano at Herb McCarthy’s Bowden Square restaurant in Southampton.

Mr. Bullock served as a first lieutenant in the Army’s artillery branch from 1955 to 1957 before moving with his wife to San Francisco to work for the Reader’s Digest Association. He later joined John A. Vietor to become co-founder and associate publisher of San Francisco magazine. During those years, he and his wife added three children to their family, Charles III (Chip), Stanton Barbour (Tony), a former East Hampton Town supervisor, and Alicia Benedict (Lisa).

The family moved back to the East Coast in 1968, dividing time between New York City and East Hampton. In New York Mr. Bullock was named publisher of Where magazine and, with Dale Lang, was a co-founder of Media Networks Inc., a company that “revolutionized magazine advertising,” his family wrote. In 1976, 3M bought Media Networks. “The company asked him to explore possibilities for a European market, leading to a magical few years for Charles and Sue in London and Paris,” the family said.

Mr. Bullock was a member of the Maidstone Club in East Hampton, the Knickerbocker Club in New York, and the Bath and Tennis Club in Palm Beach.

“What he enjoyed most in life was his family, friends, travel, entertaining, and music,” his family wrote. He played a “New York cocktail style” piano and was a member of the Yale graduates of ‘54 Whiffenpoofs. After retiring, “Charles, always a devout fan of cabaret and the Great American Songbook, worked closely with KT Sullivan for the Mabel Mercer Foundation.” He served as chairman of the foundation until his death.

In his later years, Mr. Bullock “enjoyed the warm climate and gentle lifestyle of Palm Beach,” his family said. He and his wife spent winters there for several years before making it their year-round home. “Their living room featured two back-to-back pianos where musical friends often gathered around to play and sing.”

Another sister, Charlotte Sandberg, died before him.

Mashashimuet Park's History and Future
A Conference for Young People to Create Solutions
Get Outside, Get Moving
END_OF_DOCUMENT_TOKEN_TO_BE_REPLACED