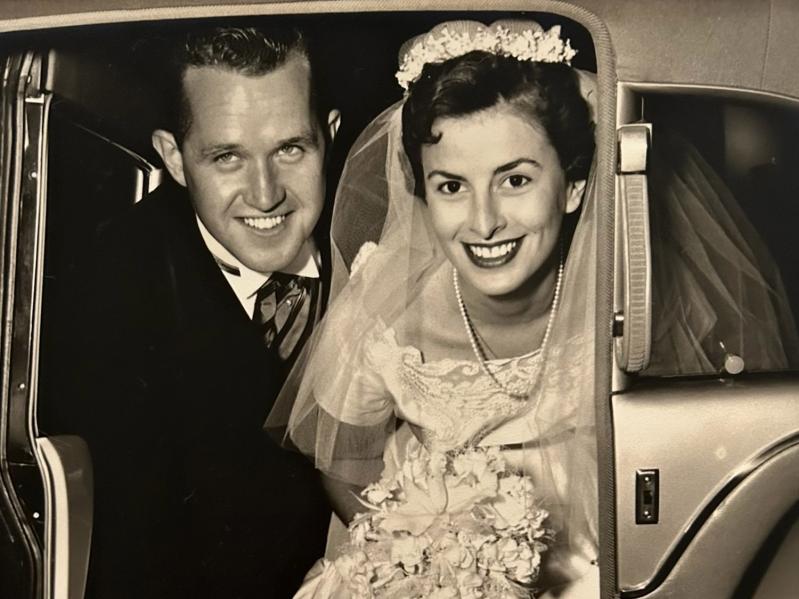 Alice J. McKay and Joseph T. McKay, former residents of Surf Drive in Amagansett, both died one month after their 64th wedding anniversary. Mr. McKay, 88, died on Oct. 14 at Good Samaritan Hospital in West Islip; Mrs. McKay, 87, followed him in death nine days later on Oct. 23 at Belair Nursing and Rehabilitation Center in Bellmore. Mr. McKay, while hospitalized for another health matter, died of aspiration pneumonia. Mrs. McKay, already very frail, according to her family, died of respiratory failure.

As a captain for the Hudson River Pilots Association, Mr. McKay’s job was to safely guide foreign-flag vessels to ports along the Hudson River between Yonkers and Albany. “He often said he never worked a day as a pilot because he so enjoyed his career,” his family wrote.

“A familiar face in town and a true people person, he took great pleasure in sharing stories and jokes with all he met along the way in Amagansett each day — from his coffee group at Goldberg’s to staff members at Brent’s, the I.G.A., and various farmers markets,” they said.

Mr. McKay was born in Brooklyn on March 1, 1934, to John McKay and the former Anna Campbell, and was one of five siblings. He grew up in Brooklyn and Rockville Centre, graduating from Bishop Loughlin High School in Brooklyn.

Mrs. McKay was born in Brooklyn on March 7, 1935, to Alexander Provenzano and the former Alice Fitzgerald, and had one brother. She grew up in Brooklyn and Lynbrook and graduated from St. Agnes High School in Rockville Centre.

Mrs. McKay “treasured her vocation as wife and mother,” her family said. She was also a dedicated volunteer with organizations that addressed food insecurity, including Meals on Wheels in East Hampton.

She spent many years as the treasurer for the Amagansett East Association, played bridge and participated in a book club at the Amagansett Library, and was relied on by many local residents as a tax preparer for H&R Block in East Hampton.

“Most notable was the strength of Alice and Joseph’s marriage and devotion to each other and their family. They were faithful to their vows to love, honor, and cherish each other in sickness and in health until they left this world together in October,” their children wrote.

The McKays are survived by their four children, Alice McKay of Amityville, Anne Swanson and Ellen McKay of Knoxville, Tenn., and Joseph McKay of East Hampton, and by seven grandchildren and eight great-grandchildren.

A memorial Mass will be said at St. Therese of Lisieux Catholic Church in Montauk on Dec. 3 at 10 a.m.