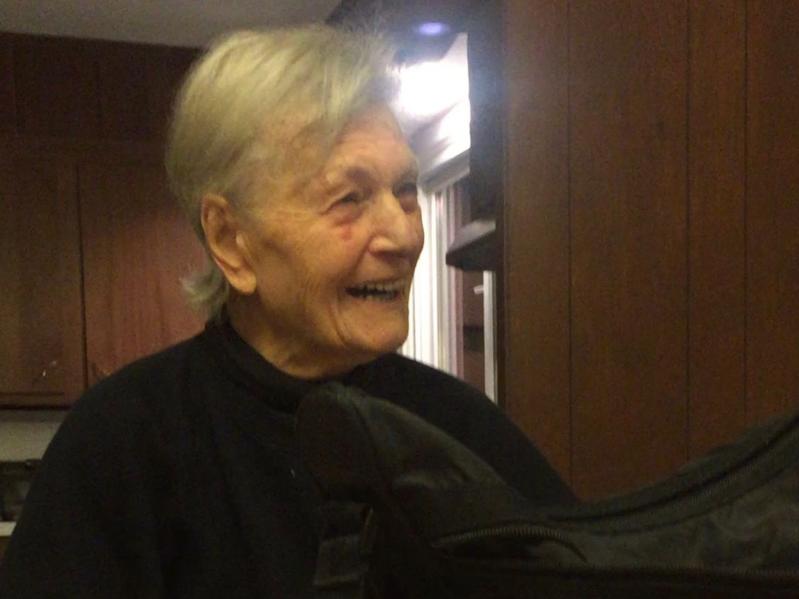 Rose Pizzorno was never happier than when she was around her grandchildren and great-grandchildren. Her 25 years of work with children as a teacher aide at P.S. 41 in Greenwich Village “was a testament to that love of young people,” her family wrote.

She enjoyed gardening and until fairly recently could often be seen mowing her lawn or trimming bushes. Her family said she will also be remembered for her lovely singing voice, and she often did both at once, singing her favorites while working away on her property.

A resident of Orchard Lane, Springs, since 1974, Mrs. Pizzorno died of cardiac arrest on Sept. 20 at Stony Brook Southampton Hospital after a short illness. She was 100.

Rose Bonelli was born in Philadelphia on Aug. 12, 1922, to Pietro Bonelli and the former Concetta Deraria. She grew up there and in Mount Vernon, N.Y., and lived for a time in Greenwich Village and the Lower East Side of Manhattan. She graduated from Mount Vernon High School in 1941.

In November of 1945, she married Bruno Pizzorno, with whom she had two children. Mr. Pizzorno died in 1992.

Mrs. Pizzorno moved to Springs full time in 2012. Before that, she visited religiously throughout her life, taking the Long Island Rail Road from her apartment on Perry Street. Her grandchildren always looked forward to picking her up at the station, often trying to flatten a penny on the tracks as the train went by.

She is survived by her two sons, Peter Pizzorno of East Hampton and Michael Pizzorno of Seattle. She also leaves three grandchildren, Jamie Pizzorno, Matthew Pizzorno, and Elizabeth Licata, and three great-grandchildren, Michael, Chandler, and Fiona. Two brothers, Vincent Bonelli and Nicholas Bonelli, died before her.

Mrs. Pizzorno was cremated. Memorial services will be announced at a future date.