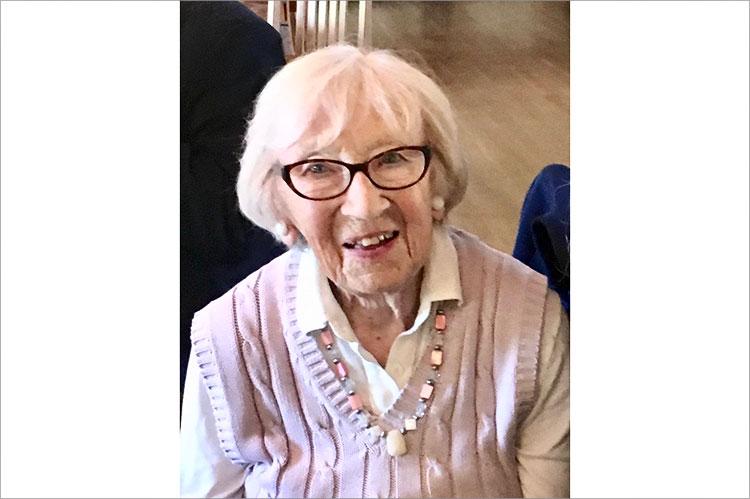 Jane Simms Reutershan, who worked in the children's department of the East Hampton Library for 33 years until her retirement in 2011, died in her sleep at home in East Hampton on Sept. 4. She was 96.

After graduating as salutatorian from East Hampton High School in 1943, she earned a bachelor's degree at the State Teachers College at New Paltz. She went on to a 31-year career as an elementary school teacher in Southampton, Port Washington, and Morristown, N.J. She earned a master's degree at Adelphi University in Garden City in 1968.

After retiring from teaching, Mrs. Reutershan returned to East Hampton in 1977 and went to work at the library. She was an active member of the Ladies Village Improvement Society, the Ramblers, and St. Luke's Episcopal Church, where she sang in the choir for four decades.

She was a voracious reader of books and newspapers, according to her family. "She loved to take long walks on the beach and was a collector of beach treasures," they said. She enjoyed traveling with her husband and friends in the United States, Canada, and Europe.

Connie Randolph, one of her friends, told The Star, "As a tribute to Jane, who would sit on her porch at 13 Boxwood Street, a few neighbors placed a pink chair and a large planter of red impatiens in recognition of her ever-watchful eye on the neighborhood."

Friends have characterized her as "a remarkable, vibrant woman with incredible energy and a keen mind that belied her advanced age. She was a person from whom we could all learn to live life on one's own terms."

Those who know Mrs. Reutershan have been invited to share memories and stories, either spoken or in written form for the family to read afterward, in the outside courtyard of the East Hampton Library on Oct. 9 at 1:30 p.m., rain or shine. A private service will take place at Cedar Lawn Cemetery on Cooper Lane in East Hampton.