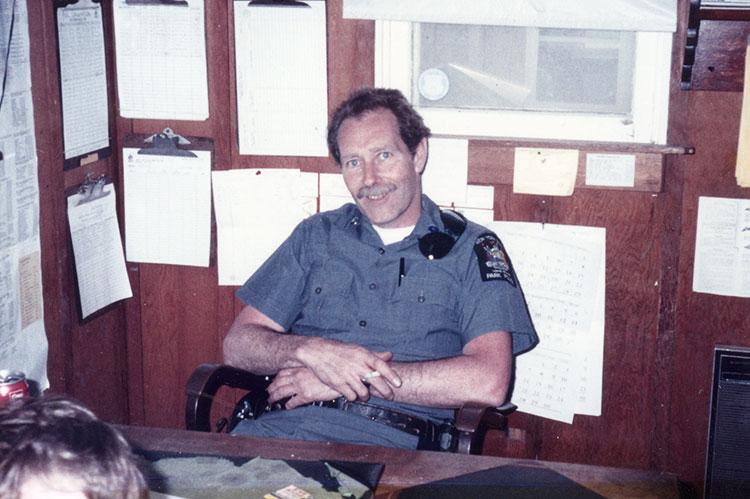 In 1971, John J. Dworsak was one of 12 New York Police Department officers to join a special task force on narcotics, assigned to the United States Department of Justice office for drug abuse law enforcement to pursue the drug kingpin Frank Matthews. Known as Black Caesar, Matthews was ranked by the Drug Enforcement Administration as one of the top 10 drug traffickers in U.S. history.

The investigation became the subject of a book, "Easy Money" by Donald Goddard. "He gave me that book when I first met him," said Mr. Dworsak's wife, Lynn Ryan. "He said, this is what I am."

After that assignment, Mr. Dworsak transferred to the Manhattan South narcotics area, where he often worked undercover. From the late 1970s through the early 1980s, he was assigned to the arson and explosion squad during a period when the clandestine Fuerzas Armadas de Liberacion Nacional, a militant group fighting for Puerto Rican independence, carried out a string of bombings at government and corporate buildings in the city.

He retired from the Brooklyn robbery squad in 1985, 20 years after joining the N.Y.P.D., and moved to Springs with Ms. Ryan, his future wife. They were married in 1992.

Mr. Dworsak, who was known as Jack, died of complications of Alzheimer's disease on Aug. 14 at the Brookhaven Health Care Facility in East Patchogue. He was 78.

Born in Rosedale, Queens, on Feb. 21, 1943, to Helen McElwain and William R. Dworsak, he attended P.S. 138 and Andrew Jackson High School. He was an all-around athlete who was on the golf, track and field, baseball, and basketball teams. He went on to study criminal justice at the New York Institute of Technology.

In 1961, he joined the Marine Corps and served on the carrier U.S.S. Forrestal under Rear Adm. John J. Hyland Jr. from 1962 to 1964. He was honorably discharged following a second tour of duty with the Marine Corps Reserves from 1965 to 1967. By then, he had already embarked on his career in law enforcement, which "was his passion," his wife wrote.

On the South Fork, after retiring from the N.Y.P.D., he worked for the New York State Park Police at Hither Hills State Park from 1989 to 1998 and for the Suffolk County Police at Third House in Montauk from 1992 to 1993. He was a member of the Springs Fire Department for 24 years.

In 2002, he earned his master captain's license "and enjoyed joining passages as a second engineer on a number of yachts in Florida, the Caribbean, and the Mediterranean," his family wrote.

In addition to his wife, who lives in Springs, he is survived by a daughter, Kristina Imandt of Oceanside, Queens, and two grandchildren, Ana-Lisa Knox of Rockaway and Andrew Knox of Long Island City. He also leaves a brother, William F. Dworsak of Garden City, a sister, Patricia Trinkus of Massapequa Park, and six nieces and nephews. A daughter, Elisa Keena, and a granddaughter, Tara Knox, died before him.