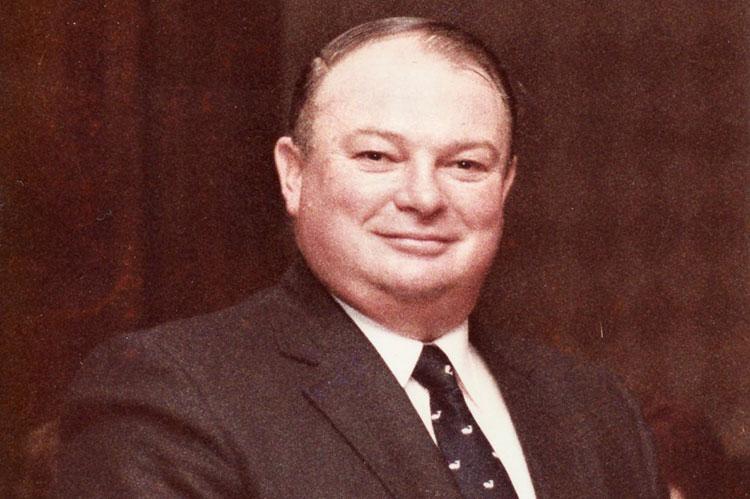 John Hatton Fallon not only "shaped the minds of numerous students" as an East Hampton High School social studies teacher for 30 years, but "as a father, he did it all, from being a scout leader to getting involved in every aspect of his boys' lives," said his family.

Mr. Fallon died on Aug. 7 in Boynton Beach, Fla. He was 83 and had been in declining health.

"He was a people person and a people pleaser," the family wrote. "His door was always open and his table always had room for more."

They said he was "famous for saying, 'Every day is a Saturday,' " and in that spirit, he "lived life to the fullest."

He loved the water, whether sailing, fishing, clamming, lobstering, or crabbing. He had worked as a part-time commercial fisherman in his youth and was a member of the Devon Yacht Club in Amagansett.

An Army veteran, Mr. Fallon was a dedicated volunteer with the Amagansett Fire Department and was also active with an earlier iteration of the Y.M.C.A. here, and with the East Hampton Community Council. He was a member of Most Holy Trinity Catholic Church in East Hampton.

Mr. Fallon was born on March 23, 1938, in Manhattan to Dr. John A. Fallon and the former Lauretta Hatton. He grew up in Brooklyn and earned a bachelor's degree from Manhattan College and then a master's in history from Columbia University.

He was married on April 16, 1963, to Mary Anita Hoff, and they raised their three sons in East Hampton before moving to Amagansett in 1986. "There was never a better husband, father, grandfather, brother, or friend," his family wrote. He loved his family, including his daughters-in-law Darcy, Lisa, and Cassie, "beyond words."

When he was off from teaching during summers in the 1970s, he ran the FalMar Day Camp with a friend, Stanley Martin, a fellow teacher at the high school.

In recent years, the Fallons split their time between Amagansett and Boynton Beach.

In addition to his wife, he is survived by their three sons, Kevin Fallon of Amagansett, John Fallon of North Creek, N.Y., and Daniel Fallon of Brielle, N.J. He also leaves a sister, Laurette M. Coffey of Baltimore, and eight grandchildren.

A service will be held on Tuesday at noon at Most Holy Trinity Church, the Rev. Peter Gary officiating. Contributions in Mr. Fallon's memory can be directed to the Amagansett Fire Department, P.O. Box 911 Amagansett 11930.