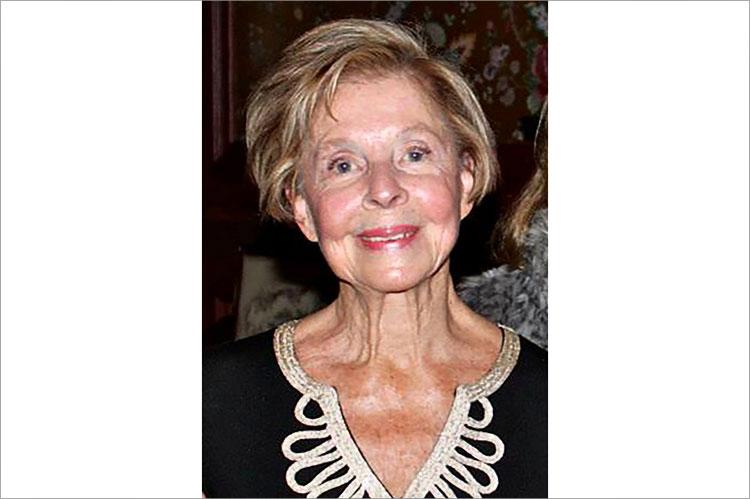 Ellen L. Keen of Amagansett and Forest Hills Gardens died on June 28 at home in Amagansett. She was 93.

Mrs. Keen was born on Jan. 12, 1928, to Ewald Trost and the former Marga Swchwarzenau in Dighton, Mass. She was one of two children. Her brother, Gunther, with whom she was very close, died in a military plane incident during World War II, just three weeks after he was married. She kept him in her nightly prayers throughout the remainder of her life.

She attended the Katharine Gibbs School in Boston, and upon graduation moved to New York City, "to meet her fame and fortune," wrote her daughter, Pamela Keen Morey.

In her early days in New York, she lived in a one-bedroom brownstone apartment on East 54th Street with three other women.

She started her career as the assistant to the food editor at Look magazine, often appearing in photographs accompanying a story. She became a member of St. Bartholomew's Church, where she met her future husband, Donald G. Keen of Manhattan. They married in the chapel there on April 25, 1952. Mrs. Keen joined a young person's group at the church and continued her connection with the church's City Club for many years.

When she and Mr. Keen were dating and newly married, they spent summer weekends on Fire Island. In the mid-1950s, they ventured farther east to Amagansett, buying a two-bedroom cottage on Mako Lane when it was a single-track road with no development to the east or west. Mrs. Keen had decided she didn't want to "carry a baby and accompanying accoutrements" back and forth every weekend.

The couple later bought a vacant piece of land on Jacqueline Drive for $1,000 and in the 1970s built a prefabricated house. They passed on their love of the area to their daughter, who lives in East Hampton, and son, Craig Keen, who lives in Amagansett and Forest Hills.

In Forest Hills Gardens, Mrs. Keen was involved in the Women's Club of Forest Hills as a member for 50 years and as president from 1978 to 1980. Soon after her time as president, she returned to her working life in the city, joining the Statue of Liberty Ellis Island Foundation. She went on to become a stationery and etiquette specialist for over 20 years with Dempsey and Carroll and then worked for Scully and Scully, an upscale jewelry and gift store; Smythson, a luxury stationery and leather goods store, and the apparel company Ann Taylor.

"While many often described Ellen as elegantly dressed or perfectly coiffed, she was equally down to earth, often toiling away in her garden getting her hands dirty and dispensing with the weeds," her daughter wrote, recalling that a friend had recently told her that her mother

" 'inspired me with her grace and confidence. She also looked so fabulous when camping too!' "

Mrs. Keen "had a consummate quest for knowledge, adventure, and travel," her daughter said. She had been to China, Dubai, Russia, Estonia, Latvia, Lithuania, Japan, China, Switzerland, Italy, Germany, France, Iceland, Alaska, Hawaii, and India twice, "finding the country very spiritual." She was a regular reader of The New York Times, "serving as a clipping service for her son and daughter, always sharing interesting things and places to visit." Even in her final summer, despite the pandemic, she and her family made several trips to New England, "creating new and everlasting memories."

Mrs. Keen enjoyed being a member of the West Side Tennis Club in Forest Hills, as well as her affiliation with St. Luke's Episcopal Church in Forest Hills.

Her family has suggested donations to the Gingerbread Players, a nondenominational theater troupe at St. Luke's. Checks can be made out to St. Luke's Church, with "Gingerbread Players" on the memo line, and sent to 85 Greenway South, Forest Hills 11375.

A celebration of her life and her love of her garden will be held at her house in Amagansett on Wednesday at 11 a.m. The Rev. Candace Whitman of the Amagansett Presbyterian Church will officiate.