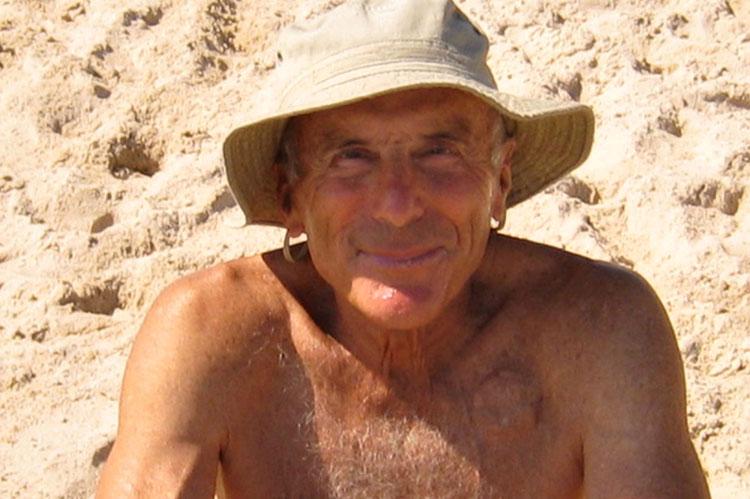 Andre Elkon, a longtime financial adviser and summertime Wainscott resident with a sharp wit, innate nostalgia, and a loving family eager to indulge in both, died of heart failure on June 30 at Weill Cornell Medical Center in Manhattan. He had turned 91 just two weeks earlier, celebrating with a dinner party at his house on Beach Lane.

Mr. Elkon was a director of private client investments at Oppenheimer, and a financial adviser before that at Loeb, Rhoades, & Co. and L.F. Rothschild. On the East End, he was a founding member of the East Hampton Tennis Club, where he was the 1985 men's B singles champion. Said to have been the very first customer when the Seafood Shop opened, he was involved for many years in its New Year's Day ocean plunges.

He was a fixture on the local gallery scene, at openings at Guild Hall, at the Bridgehampton Chamber Music Festival, and at other arts events. A "perpetual bon vivant," friends said, "he was known for his fabulous style, parties at his house on Beach Lane, and all over town."

Born on June 10, 1930, in Antwerp, Belgium, Andre Elkon was a son of Herman Elkon and the former Fernande Zinner. When he was 9, the family fled Europe as World War II began, traveling by boat to New York. They put down roots in Manhattan and began summering here in the 1940s, staying at the Conklin House on Wainscott Main Street.

Mr. Elkon graduated from the Horace Mann School in 1947 and from Syracuse University in 1951. During the Korean War, he served at an American Army base but sneaked out for holiday weekends with his parents and older brother at the beach, they said.

In the summer of 1965, he met Mimi Sussman at Main Beach. They married in December 1966 and divorced in 1969. She survives, as does their daughter, Nicole Elkon of Wainscott and Washington, D.C., and three grandchildren, Ethan Wolin, Oliver Wolin, and Zoe Wolin. His older brother, Robert Elkon, an art collector and gallery owner who lived in Sagaponack, died before him. Another brother, Eddie Elkon, died when he was very young.

In Manhattan, Mr. Elkon was  a member of the Harmonie Club and a patron of many museums. An "old-fashioned guy," his family said, he loved yard sales and biking to the beach to read the newspaper. He also loved gardening, swimming, playing backgammon, croquet, and chess with his grandchildren, cooking, and socializing with his many friends -- often in that order, they said, day in, day out.

Funeral services were held last Thursday at the Riverside Memorial Chapel in Manhattan, with burial following at Mount Eden Cemetery in Hawthorne, N.Y. Memorial donations have been suggested for the Central Park Conservancy, online at centralparknyc.org.