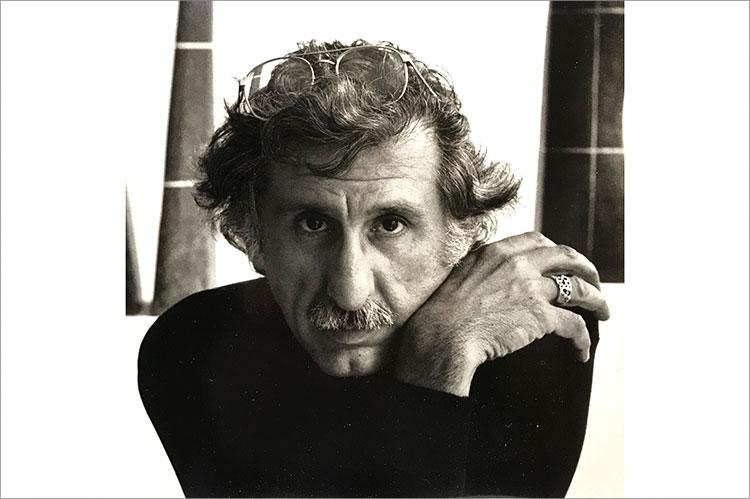 Louis J. Trakis, a prolific sculptor, cartoonist, and teacher whose work reflected deep philosophical commitments to nature, died at home in Southampton on July 7. Also a resident of Brooklyn, he was 94.

"Gregarious with a booming voice and memorable presence, Louis Trakis delved fully into life's passions," his family wrote. "He loved great food, art, and company. This joie de vivre was infectious -- even strangers who had only met him once recount their interactions with him with a smile. He used his passion for life and human connection energy to establish deep bonds and strong friendships with others."

Attracted to sculpture by way of its physicality, Mr. Trakis was often influenced by ancient Greek art. "He especially enjoyed the challenge of creating forms from different raw materials, always finding ways to incorporate his three tenets of sculpting (construction, modeling, and carving) into his work," the family said. "His passion for transforming materials reflected his feeling that art is a constant project of 'man looking at nature, disentangling it, and setting it free by making it a personal statement.' "

His early works were made of welded and hammered copper and brass. He eventually shifted to cast bronze, creating a series of abstract and figural sculptures. A later series, of which he was most proud, used interlocking aluminum sheets as the framework for black marble and cement terrazzo.

A National Endowment for the Arts recipient, a two-time Fulbright scholar, and a two-time Comfort Tiffany Award recipient, Mr. Trakis was also recognized for his sculptures by Guild Hall and the Parrish Art Museum. Between the 1960s and '90s, he had solo shows at the Elaine Benson Gallery in Bridgehampton and at the Feingarten Galleries and the New School in Manhattan, took part in invitational shows at Ashawagh Hall in Springs, showed at the Tower Gallery in Southampton and in "Koumbaroi: Four Artists of the Shinnecock Hills" at the Fine Arts Gallery, Long Island University-Southampton. In 1957, he was a founding member of the Brata Gallery-Tenth Street Galleries in Manhattan.

Eva Balamuth, who curated the 1990 Koumbaroi exhibit, wrote in her discussion of the Greek artist community in Shinnecock Hills that Mr. Trakis's sculptures have a "solid presence" and "exude a sense of eternal power."

Mr. Trakis was a member of and teacher in the Art Students League and of the New York Artists Equity Association. In 1978 he contributed to Guild Hall's "Palette to Palate: The Hamptons Artists Cookbook," and a decade later was published in Southampton Hospital's "You Can't Be Too Rich or Too Thin: Favorite Recipes of the Hamptons." He took part on several occasions in the popular Artists and Writers softball game.

In addition to sculpting, Mr. Trakis was a printmaker and painter, and drew for Hearst's King Features "Katzenjammer Kids" comics, Lev Gleason's "Crime Does Not Pay" comics, and other publishers of well-known comic strip characters.

Born in Canarsie, Brooklyn, on June 22, 1927, Louis James Trakis was the son of James Trakis and the former Stella Evangel. He grew up in Canarsie and in Forest Hills, graduating in 1944 from Music and Art High School in Manhattan.

He went on to earn a bachelor's degree in fine arts from Cooper Union, and later studied at Columbia University, the Art Students League, and the Polytechneion in Athens.

In 1952, he was a merchant mariner with the Coast Guard. In December 1956, he married Aspasia Despina Costas. Together, they split their time between Southampton and New York. She died in 2006.

Mr. Trakis lived abroad for some time, in Athens and Rome among other places. His academic career included numerous teaching and administrative jobs at Southampton College, Columbia University, the Art Students League of New York, the Pennsylvania Academy of Fine Arts, Manhattanville College, the New School, and the Arts School of the Aegean in Samos, Greece. He was a founder of the Children's Art School in Shinnecock Hills and Hampton Bays.

Hoedown on the Farm, Cocktails in the Garden
Main Beach Free Concerts in Final Weeks
Services and Counseling After Death of Popular Teacher Assistant
END_OF_DOCUMENT_TOKEN_TO_BE_REPLACED