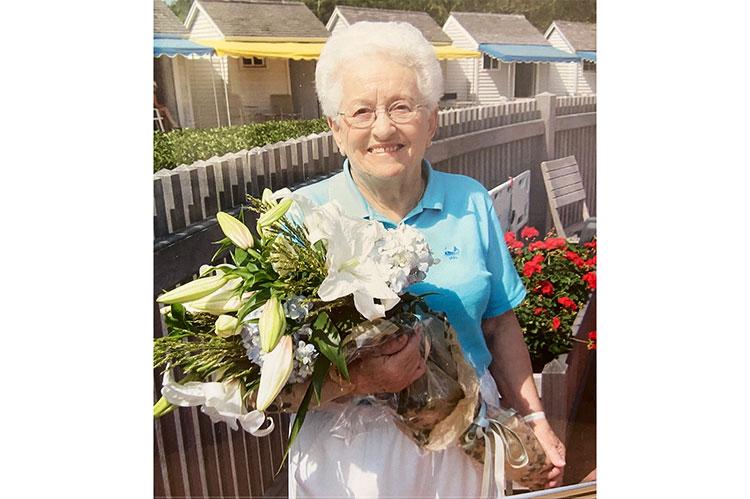 Emily Celina Cullum loved being around people and loved helping them, her son, Dell Cullum, wrote, and she did so with pleasure at the Gansett Deli, which she owned and operated in the 1970s and early 1980s, and later in positions at the Lido Motel in Montauk and the Maidstone Club in East Hampton.

Known to many as Aunt Em and to her 10 grandchildren and 19 great-grandchildren as Grandma Cookie, Mrs. Cullum died in her sleep on Saturday at the Westhampton Care Center, where she had lived for the past two years. She was 93, took no medications, and "couldn't have been more comfortable," Mr. Cullum said.

Mrs. Cullum was born at the family beach shanty in the old fishing village on Fort Pond Bay in Montauk on May 10, 1928, to Leo Burke and the former Evangeline (Vangy) Pitts. Her mother, whose French surname was Petitpas, was among a group of families who had arrived in Montauk from D'Escousse, Nova Scotia, at the turn of the century. Mrs. Cullum witnessed the devastating Hurricane of 1938, which all but wiped out the fishing village on Fort Pond Bay. The family moved from there to Montauk's Shepherd's Neck area in 1939. She attended the Montauk School and East Hampton High School.

Mrs. Cullum raised four children in Amagansett and did virtually every task that needed doing at the deli she ran there, from opening the doors in the morning to managing the crew, making the soups, cooking, working the counter, and closing up at the end of the day. "She loved her customers and her work," Mr. Cullum said.

Years later, she managed the Lido Motel in Montauk, and lived on site, just a short walk from where she grew up. "She loved this job more than anything," Mr. Cullum wrote. She was especially close to her mother, and living and working back in Montauk allowed her to be near her parents and care for both of them in their final years.

After her mother died, Mrs. Cullum took a job as a cabana manager at the Maidstone Club in East Hampton, "then that became her favorite job," Mr. Cullum wrote. She retired after a long stint there, "but didn't much like it," her son said.

Mrs. Cullum loved to sing and dance, and after her retirement her favorite pastime became playing dominoes with her cousins Francis Ecker and Celina Seitz. She had a lifelong friendship with her cousins. She enjoyed trips to Florida with her daughter Dianne Balnis to visit her younger sister, Margaret Lachmann, and always enjoyed visits with grandchildren and great-grandchildren.

The staff and friends she made at the Westhampton Care Center in recent years "became her second family," Mr. Cullum said, and she received excellent care there, "from when she was still dancing in the halls to the very end."

Mrs. Cullum is survived by three children, Ms. Balnis and Gail Stone of East Hampton, and Mr. Cullum of East Hampton and Massachusetts. A third daughter, Marilyn Cullum-Lopez, died before her, as did a grandson, Christopher Dell Cullum. She also leaves a brother, James (Buddy) Burke of Montauk, her sister, Ms. Lachmann, who lives in Long Boat Key, Fla., and her many grandchildren and great-grandchildren.

The family will hold a gathering today from 5 to 8 p.m. at the Yardley and Pino Funeral Home in East Hampton. A graveside service tomorrow at Most Holy Trinity Catholic Cemetery will begin at 10:30 a.m.