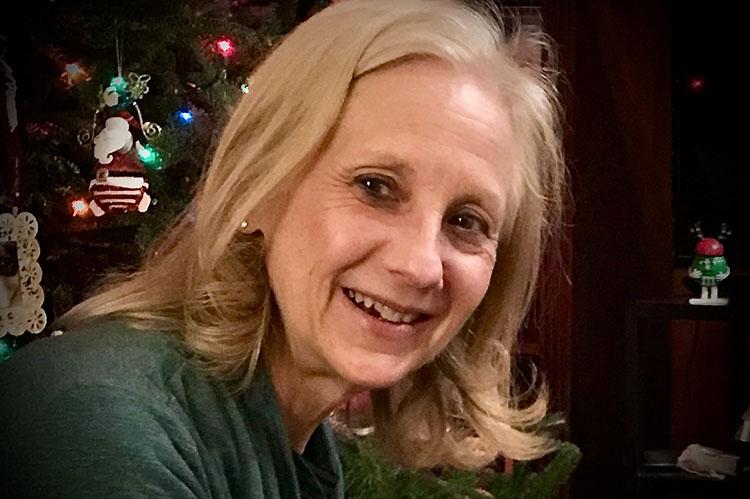 Dorothy E. Cumby of East Hampton and Swarthmore, Pa., had a long and distinguished career in the legal field, starting as a paralegal and editor of the Fordham Law Review and later clerking for a federal judge before starting her own law firm. She died at home in Swarthmore on May 31 after having cancer for three years. She was 64.

Ms. Cumby was an honors student at Fordham Law School, graduating in 1986. She had worked as a paralegal before that, and after her graduation clerked for a federal judge on the United States District Court in Connecticut. She then took a position with the law firm Debevoise & Plimpton, returning to New York City, followed by the firm Sullivan & Cromwell, where she worked until 2004, and eventually earned the title of special counsel.

It was in the winter of 1994 in East Hampton that mutual friends arranged a blind dinner date for Ms. Cumby and David Virgil, an East Hampton architect. They married in 1996 and settled first in Manhattan, and later in Glen Ridge, N.J., when they were growing their family. In 1999, they adopted their son, Liam, from Vietnam, and in 2001 they adopted their daughter, Maia, from Cambodia. Ms. Cumby's husband and children, all of East Hampton and Swarthmore, survive.

The commute to New York for work began to wear on Ms. Cumby, and she and Mr. Virgil relocated their family to Swarthmore, where many family members lived. There, Ms. Cumby established her own law firm, Cumby & Weems, allowing her to spend more time with her children. During the last 10 years, she was employed as a legal analyst and consultant for a business owned by one of her brothers, W.S. Cumby and Son Construction, working up until just a few months ago.

Dorothy Cumby was born in Marple, Pa., on Dec. 17, 1956, to William Cumby Sr. and the former Jane Armstrong. She attended Marple Newtown High School and Wagner College before enrolling at Fordham.

In addition to her thriving law career, Ms. Cumby "always found time to work for the benefit of others," Mr. Virgil wrote. She advocated for the Catalyst Foundation and together with her husband and children took a trip to Vietnam in 2008 to help people there, "in addition to many other efforts at home to help the children of Vietnam and Cambodia, in honor of their children's heritage."

"Dorothy was someone who enjoyed life to the fullest, and she shared that love of life with all her friends and family," Mr. Virgil wrote. "She always put family first and celebrated the deep love her large, close-knit family bestowed on her."

In addition to her husband and children, Ms. Cumby leaves two brothers, William Cumby of Swarthmore and Robert Cumby of Washington, D.C., and California; a sister, Barbara Cumby Roddy of Media, Pa.; and seven nieces and nephews and their families.

She was cremated, and a memorial celebration will be held on June 26 at 4 p.m. at 15 Ogden Avenue in Swarthmore. Donations in her honor can be sent to the Catalyst Foundation, online at catalystfoundation.org, or the Literacy Institute at the Woodlynde School, woodlynde.org/makeagift.