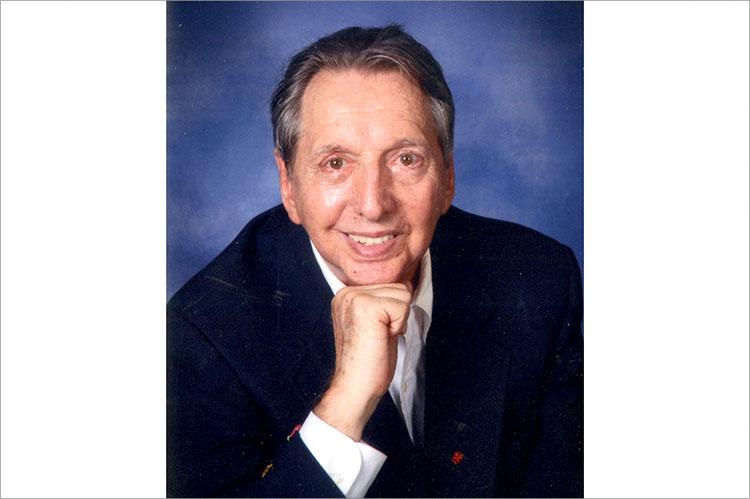 Word has reached The Star that Harry Striebel, a fashion designer who lived in East Hampton for many years, died on Oct. 19 in Delray Beach, Fla., after a five-year illness. He was 84 and had chronic obstructive pulmonary disease.

A sort of Renaissance man, Mr. Striebel was described in a 1988 feature in The Star as retired. That status, however, simply afforded him time for "tending the extraordinary garden at his Jericho Road, East Hampton, house, being a 'master gardener' at the Suffolk Cooperative Extension, acting as co-chairman last year of the Mulford Farm Festival, designing costumes for Community Theater Company Productions, completing a national traffic safety course to lower his auto insurance, winning first prize for his costumes at the Parrish Art Museum's Beaux Arts Ball, taking landscaping courses at Suffolk Community College, helping to restore the grounds of the Pollock-Krasner House in Springs, and giving support to the terminally ill through his participation in the Hope for Hospice program."

Harry Acton Striebel was born on May 29, 1936, to Otto Striebel and the former Centa Blettner. His parents named their son after Harry Acton, a society columnist for The New York Journal-American newspaper. He grew up in the Bayside neighborhood of Queens and also lived in the borough's Forest Hills Gardens before moving to East Hampton, which he had first visited in 1958.

He attended the Fashion Institute of Technology in Manhattan on a scholarship before going to work on Seventh Avenue, where, The Star wrote in 1988, "he gravitated toward the design of 'flamboyant evening creations.' " Mr. Striebel came up with his own line of women's evening clothes, Harry Acton Ltd. The line evolved to "sportswear, but in fabulous fabrics," he told The Star.

He bought land and built a house in East Hampton in the 1960s, and became a year-round resident in 1986.

A 1990 report in The Star described A Night of a Thousand and One Stars, a costumed "party to end all parties" on his property, featuring 750 of Mr. Striebel's friends and neighbors and choreographed by a professional stage manager. There was an ulterior motive: a chance to familiarize guests with East End Hope for Hospice and solicit donations and volunteers for the organization.

The epic soiree "didn't wind down (though it did quiet down) until well after the police came at 2:30 a.m. in response to a complaint about noise," The Star reported.

"These parties were legendary," a friend, Joseph Aversano of East Hampton, said yesterday. "He incorporated everyone, from the fashion world to his landscapers."

Mr. Striebel was cremated, and a graveside service was held on Nov. 12 at Most Holy Trinity Cemetery in East Hampton, the Rev. Ryan Creamer officiating. A celebration of his life will take place at a date to be determined.