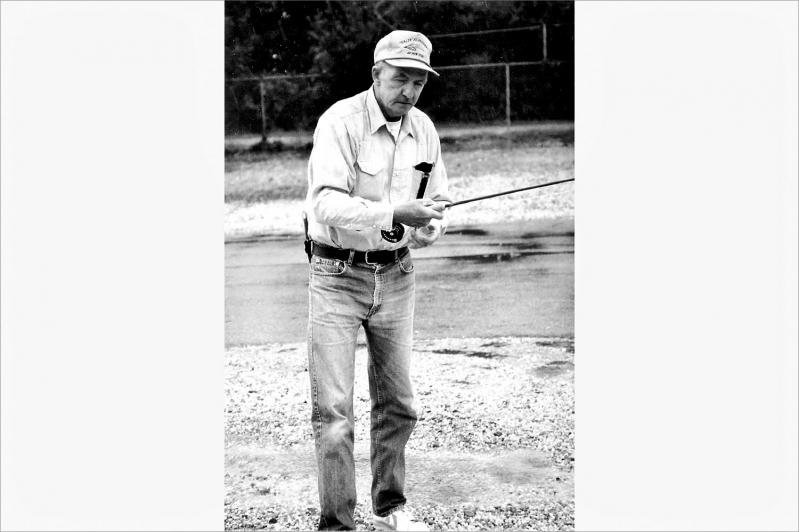 Walter J. Thomason of East Hampton worked for 31 years with the Suffolk County Department of Public Works, but in his spare time, he pursued many interests. At various points in his life he raised and showed prize bantam chickens, raced homing pigeons, took up fly-fishing, photography, and wildlife caretaking, and volunteered at the South Fork Natural History Museum and Nature Center.

Through that volunteer work, he built and erected more bluebird and barn owl boxes "than any individual on the East End," his sister, Audrey Talmage of East Hampton, wrote. In 2000, he was honored with the SoFo Award, given each year to someone who has had a significant positive impact on the environment.

He was the kind of person who "did not believe in today's throwaway economy," Ms. Talmage said. "If he bought something, he expected it to last. When a product didn't meet his expectation for quality, his most frequent comment was, 'That's modern American for ya!' He used that phrase for a lot of different things."

Mr. Thomason died at home on March 24 after a two-year illness. He was 86.

Born in Bridgehampton on Aug. 20, 1934, to Francis Thomason and the former Julia M. Ruppel, Walt Thomason lost his father when he was only 1 and a half years old. A few years later, he and his mother moved to East Hampton so she could take a job as a nanny and housekeeper. When she remarried, her son moved to the Three Mile Harbor Road house where he would live for the rest of his life.

Mr. Thomason attended East Hampton High School, and in 1957 was drafted into the Army. He was stationed in Germany until his discharge in 1959 with the rank of private first class.

It was in the late 1950s that he began raising bantams, and he earned many ribbons at shows in Connecticut and Pennsylvania. When he tired of that, he built a pigeon loft and for many years raised homing pigeons to race. He became "one of the best on Eastern Long Island," his family said.

Fly-fishing, for which he often traveled upstate and to Maine with his friend Dick Terry, was next. He liked to practice in an open lot behind his house and became an expert, making his own flies in a basement workshop equipped with all the tools, feathers, and hooks he needed.

In 1991, Mr. Thomason retired from his job with the county and decided to take up photography. He loved to be outdoors, and spent many hours taking pictures on beaches and ponds from Montauk to Dune Road in Westhampton. He often presented his photos as gifts to family members and friends, and won ribbons in the Riverhead Library's photography contests.

"He could have sold his photos, but preferred not to," Ms. Talmage wrote. "He was still taking pictures up until the last two weeks of his life."

He began volunteering with SoFo in the 1990s, focusing on its bluebird recovery program. He monitored trails and watched over nests, "marveling at the hatchlings and breathing a sigh of relief when they fledged and went on their way." He became a caretaker for the SoFo Nature Clubhouse, feeding its frogs, toads, salamanders, newts, turtles, snakes, and other creatures native to the area.

In addition to his sister, Ms. Talmage, Mr. Thomason leaves two brothers, Charles Cullum of Ninevah, N.Y., and Phillip Cullum, who lives in Arizona. Two brothers, Francis Thomason of East Hampton and Stewart Cullum of Middle Island, died before him.

Walt Thomason also leaves 14 nieces and nephews. He was cremated, and his burial will be private.