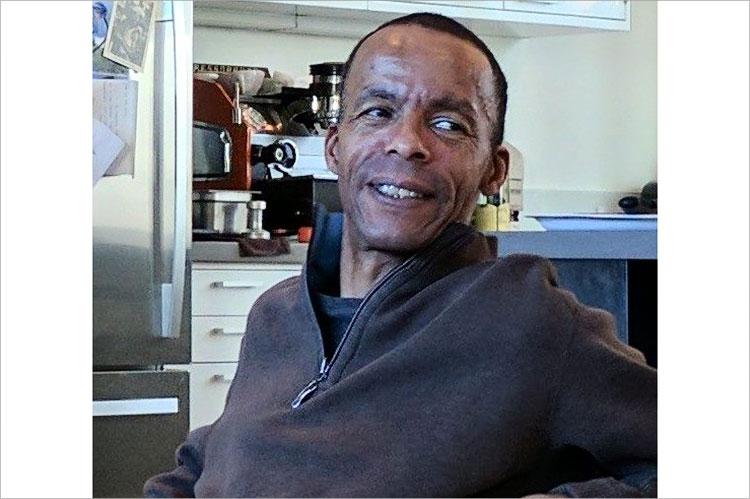 Reggie Jackson had "a wide circle of friends across all stations, in every place that he ever lived, worked, or attended school," his family wrote.

The only child of a chemist-turned-yogi, Jaki Jackson, and the artist Harlan Jackson, who was the first African-American painter to receive the Guggenheim Prize and have his work acquired for the permanent collection of the Whitney Museum of American Art, Reginald Riddick Jackson was born on Dec. 11, 1962, at Southampton Hospital.

"In alignment with his birthright, Reggie grew into an understated, bohemian gentleman of eclectic tastes and no pretension," his brother-in-law, Thomas Canfield, wrote. "His quiet, self-possessed, uber-relaxed demeanor belied a generous sense of humor, sharp eye, broad education, and keen focus on the interests that ignited his passions."

Cycling was key among these. He was an early mountain bike enthusiast whose love of the sport was sparked at BikeHampton in Amagansett, where he worked in the mid-1970s.

In the early 1990s, he set off on a cycling trip in Europe, biking from Amsterdam to Utrecht in the Netherlands, then to Munich and Zurich. From there he cycled on to Lake Como in Italy, along the way enjoying "the incredible cuisine offered by tiny, secret watering holes known particularly among circles of international cyclists -- much to the delight of the Lombards, who cheered him as he enjoyed his picnic from his front bicycle panier as he rode through the countryside solo" to Lyon, in France, his family recalled. There he put his bike on one train to Paris and hopped the T.G.V. to meet it and a Frenchwoman who had caught his interest in the City of Lights.

A serious mountain biking accident in California's Muir Woods in October left Mr. Jackson almost completely paralyzed, but despite this he "embraced each day with courage, grace, and good cheer, optimistic that he would, in time, realize a full recovery," wrote Danielle Parris Canfield, his sister from his mother's previous marriage. Sudden complications from his initial spinal cord injuries took his life on March 30 in San Francisco.

As an adult, Mr. Jackson lived initially in Cambridge, Mass., and later on the West Coast in San Rafael, Santa Cruz, and finally San Francisco, but the beach at Indian Wells in Amagansett "remained a talisman of his renewal," his mother said, and he tried to return at least every other year.

He had attended the Springs School from kindergarten through eighth grade, then enrolled at Phillips Academy at Andover in Massachusetts, and graduated from the Buxton School in Williamstown, Mass. He matriculated at Wesleyan University in Connecticut, but left before graduation to "embrace his love of all things related to cycling."

He was a true enthusiast and "developed both a technical and visceral understanding of mountain biking, from the ergonomics and economy of riding to the art of engineering and welding a handcrafted, two-wheeled machine," said his friend Sean Maisel. Mr. Jackson's education started at Fat City Cycles in Cambridge, where he "began to build a reputation as expert at eclectic bicycle design and assembly that he would later hone further" with the cycling brand Bontrager in Santa Cruz.

"Reggie elevated the welding of bicycles into an art form," his family said. In 2004, he was one of a team of welders from the fabricator company Performance Structures Inc. in Oakland, Calif., selected to design, fabricate, and finish Anish Kapoor's mirror-like "Cloud Gate" sculpture in Chicago, also called "The Bean."

For the last 15 years, he worked as a mechanical engineer in San Francisco, but prior to his accident he had intended to return to the cycling world.

Mr. Jackson was a dedicated outdoorsman and athlete recognizable for his "tall, wire-like build and zero body fat," his family said. In addition to cycling, he was an "intrepid hiker and skier" and played Frisbee golf competitively.

He loved music and had an expansive knowledge that spanned genres, from classical to jazz, punk, reggae, ska, and experimental forms. John Cale, X, John Hammond, Bill Evans, and Michael Jackson were among his favorite musicians. He also loved to cook, "having been initiated," his family said, "as a summertime barbecue chef at Wolfgang Reiter's Sea Wolf on Three Mile Harbor." He was a master pie baker and had perfected the ideal crust, they said. And he was a "wicked player of Scrabble and champion of the seven-letter word," a talent he inherited from his mother, who still lives in Springs.

In addition to his mother and his sister, who lives in Washington, D.C., he also leaves a niece, Juliana Canfield of Brooklyn Heights.

Throughout his life, Mr. Jackson "demonstrated a sincerity of commitment to his work, to his family, and to his wide circle of longstanding friends, to whom he also extended unflinching loyalty and kindness," his family wrote. He was "the best company, always and ever," another friend, Mark Shaw, wrote.

Memorials will be held later in Amagansett and Big Sur.