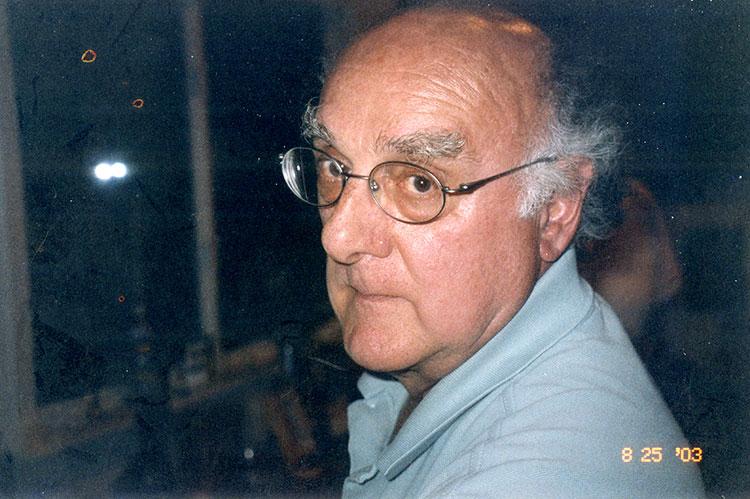 John Anthony Malafronte of Settlers Landing, East Hampton, died of metastatic cancer last Thursday at Southampton Hospital. He was 87 and had been ill for only five days, his family said. His wife and sons were able to be with him at his bedside.

He was born on July 9, 1933, in Providence, R.I., one of three sons of Elvira Cappelletti and Aniello Malafronte, both immigrants to the United States from Italy. He grew up in Rhode Island, earning an associate's degree from Roger Williams University in Bristol, and while still in college, serving in the Merchant Marine, worked on ferry boats between Block Island and the Rhode Island mainland.

Mr. Malafronte saw Army service from 1953 to 1955, stationed in Verdun, France. Afterward, he went to work at Northrop Grumman in Massachusetts, where he helped develop inertial guidance systems, before moving to New York City to work at Prudential Securities in fixed income sales and trading. He worked there for more than 20 years, living in Larchmont, N.Y., before moving in 1994 to Manhattan.

From boyhood and throughout high school, he played drums, his family said; for a time, as a young adult, in big bands. But he spent more time, they said, "sharing his talents and energy with those in need," including volunteering at LTV, sorting donated clothes at the Ladies Village Improvement Society, delivering food for Meals on Wheels, and a passionate involvement with the East End Community Organic Farm and Share the Harvest Farm, "with fellow evangelists Peter Garnham, Ira Bezoza, Jane Berringer, Bruce Warr, Patty Gentry, and Dick Lynn," the family said, "starting in 2008 with a single acre." The farm, since grown to six acres, now supports "numerous food pantries, women's shelters, and low-income housing developments in East Hampton, Sag Harbor, Bridgehampton, and Montauk," they said.

On Sept. 20, 1969, Mr. Malafronte married Sheilah Lane, who survives. In 1966 they bought land in Settlers Landing (in lieu of an engagement ring, the family said), and built a weekend house there. They became year-round residents in 1999 after Mr. Malafronte retired.

In addition to "befriending the underdog, all of them," Mr. Malafronte loved watching ("shouting at the television") when the Knicks or Mets played, and "singing the praises of his children, nieces, and nephews, and especially his grandchildren . . . who would surely ascend to the highest offices in the federal government," the family said. In 2012 he was given a Community First Award by The East Hampton Press.

In addition to his wife, his two sons, Peter Malafronte of Long Island City and Michael Malafronte of Manhattan, survive, as do more than 30 nieces and nephews, great-nieces and great-nephews, and grandchildren, Guthrie, Eleanor, and Reid Malafronte. Two older brothers, Frank Malafronte of Providence and Gene Malafronte of Cranston, R.I., died before him.

Mr. Malafronte was cremated; his family plans to celebrate his life once it is safe to gather. Donations in his memory have been suggested to Share the Harvest Farm, P.O. Box 181, East Hampton 11937, online at sharetheharvestfarm.org.

The Outdoor Agenda 09.17.21
A Surf Meetup for Youth
I-Tri Ride and Wine Is Saturday
END_OF_DOCUMENT_TOKEN_TO_BE_REPLACED