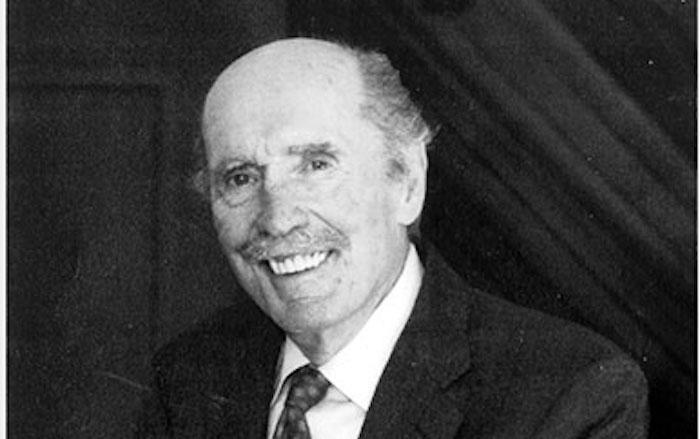 John Gosman Sr., a driving force in the evolution of Gosman's Dock from a tiny chowder shack on Montauk Harbor to a sprawling complex of restaurants, shops, and wholesale and retail fish markets that has become synonymous with the hamlet, died on Saturday at Stony Brook Southampton Hospital. The cause was cardiopulmonary arrest resulting from Covid-19 pneumonia. Mr. Gosman had celebrated his 87th birthday two weeks earlier.

"Dad was a brilliant hurricane," said his son Michael Gosman of Shoreham. "He was a man of great vision whose ambition drove him to build something extraordinary. He was dogged when it came to something he wanted. 'No' wasn't an option. He loved to laugh and wasn't afraid to shock people and push boundaries."

"He really was of this place," said his son Christopher Gosman of Essex, Conn., and Montauk. "He had such fond memories of growing up out here. Montauk in those years was full of colorful characters, and he loved to tell stories of various locals and fishermen who spent time at Gosman's in the early days."

Mr. Gosman "really reveled in being someone who understood the nature of where he was from and how much it was changing," said his eldest son, John Gosman Jr. of Montauk. "He was a man's man, for sure."

His sons also remember their father's quiet generosity. "He had a charitable spirit and frequently went out of his way to help people down on their luck," said Christopher Gosman. "He never really understood how much effect he had on others," said John Gosman Jr. "Despite his hard exterior," said Michael Gosman, "he was sensitive and vulnerable."

A lover of music and especially jazz, he established a free concert series at Gosman's Dock in 1972, the sounds of artists including Richie Havens, Ruth Brown, Lee Konitz, Toots Thielemans, and the Heath Brothers mingling in summer evenings with fresh seafood from Gosman's Restaurant and the adjacent clam bar. He was also interested in history, professional sports, and building and design. "He often appreciated form over function and had a keen eye for aesthetics," Michael Gosman said. "He could have been a very talented architect."

A voracious reader and world traveler, he visited countries including China, Egypt, Patagonia, Argentina, Thailand, South Africa, Botswana, and Russia, and he traveled throughout Europe.

John Harrington Gosman was born on March 7, 1934, in Amagansett to Robert Gosman and the former Mary Harrington. His paternal grandfather, a mailman on the railroad, had moved to Amagansett from the North Fork. His mother had emigrated from County Roscommon, Ireland, in 1927. He grew up on Abram's Landing Road in Amagansett and at the former harbormaster's house on Montauk Harbor, the round house built by Carl Fisher in 1928 that is now home to Summer Stock, a clothing store.

He attended the Amagansett School and graduated from East Hampton High School in 1952, going on to earn a bachelor's degree from St. Bonaventure University in St. Bonaventure, N.Y., in 1956. He served in the Army in 1956 and 1957.

His parents had established Gosman's Dock in 1943, initially operating a small shack on leased land where they sold clams, hot dogs, hamburgers, chowder, and lobster rolls. In time, "Mary's little chowder house became quite notorious for its lobster rolls," Mr. Gosman told The Star in 2018. "You could get a lobster dinner for $6. That was the genesis of the whole thing." His parents had bought adjacent land from the Montauk Beach Development Company around 1950, and bought the land they were leasing around 1959.

Montauk was still relatively undiscovered, but at the docks, the growing business was earning a reputation for the freshest seafood around. The family worked tirelessly, building and expanding to accommodate demand. With his parents and siblings, Mr. Gosman oversaw the gradual expansion of Gosman's Dock to its present size. Its world-renowned restaurants and clam bar have served seafood to presidents and other heads of state, celebrities from the worlds of music, film, literature, and sports, and innumerable tourists from around the globe. It remains among the few family-owned and operated businesses in the hamlet.

He met the former Rita McKernan, a resident of the Bronx and Montauk, at his brother Emmett Gosman's wedding in 1960. They were married on Sept. 15, 1962. Living in Montauk, the couple raised three children, who like their parents have devoted their professional lives to the family business. Mrs. Gosman died in 2003.

Mr. Gosman was cremated, and his ashes will be interred at Fort Hill Cemetery in Montauk. A funeral Mass will not be offered because of the pandemic; a memorial service is scheduled for later in the spring.

His family has suggested memorial contributions to the Montauk Playhouse Community Center, at montaukplayhouse.org/donate; the Montauk Food Pantry, montaukfoodpantry.org/donate, or the Sierra Club, sierraclub.org.