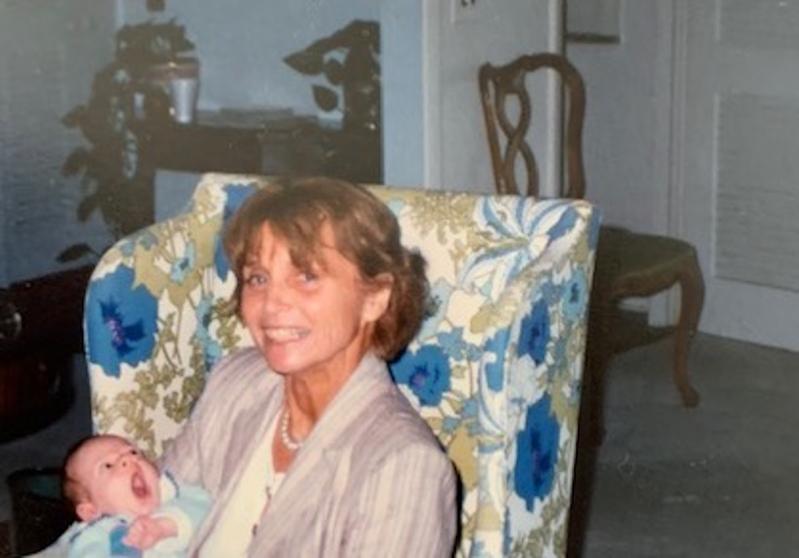 At the age of 45, after her sons left home, Andree Dean returned to Columbia University to earn a B.A. in art History. She then embarked on a career as an art appraiser and buyer for individuals, corporations, and museums. One of her major accomplishments was the acquisition of J.M.W. Turner's "Wreckers off the Coast of Northumberland" for the Yale Museum of British Art in the 1970s.

"In deference to her Scottish heritage, she had the seven-figure painting crated and drove it from New York City to New Haven in the back of her station wagon," according to her family.

Andree Maitland Dean died peacefully in her sleep on March 15 at her apartment at Peconic Landing in Greenport. Death was attributed to chronic respiratory insufficiency. She was 92.

"Andree was a force of nature," said her family. She traveled to Africa in the 1960s with extended family and friends, including 14 children ages 10 to 21. During winters she assembled ski adventures with her children, her sisters, and countless nieces and nephews. In later years she toured the globe via Overseas Adventure Travel, and she played tennis into her late 80s.

Ms. Dean was born on Jan. 26, 1929, in Cedarhurst, to James W. Maitland and the former Sylvia Belden. She graduated from Choate Rosemary Hall in Connecticut and entered Barnard College at 16. Two years later, in 1947, she left Barnard to marry Howard Dean Jr., a finance executive whose family had a home in East Hampton. Her husband died in 2001.

"Born and then married into staunchly Republican families, Andree campaigned in the Midwest for the 2004 Democratic presidential campaign of her oldest son, Howard," said her family. "In 2008, after Hillary Clinton lost in the primaries, she hit the campaign trail for Barack Obama, going door to door in Ohio and Pennsylvania." She did so again in 2012 at the age of 83.

She served for many years on the East 86th Street Block Association in Manhattan, where she "worked with, and sometimes fought City Hall in an effort to make a positive difference for her neighborhood."

Ms. Dean was a longtime resident of East Hampton after her marriage, and was active in the Ladies Village Improvement Society, the East Hampton Historical Society, the Village Preservation Society, and other local volunteer efforts. She was a parishioner at both Most Holy Trinity Catholic Church in East Hampton and St. Ignatius Loyola in New York. In 2016 she moved from East Hampton to Peconic Landing with a group of friends.

She is survived by three sons, Howard of Burlington, Vt., James of Fairfield, Conn., and William of Dover, Mass. A fourth son, Charles, was captured while backpacking in Southeast Asia in 1974 by the Pathet Lao and executed by the North Vietnamese. Ten grandchildren, three great-grandchildren, a sister, Helen Corroon, and many nieces and nephews also survive.

Mashashimuet Park's History and Future
A Conference for Young People to Create Solutions
Get Outside, Get Moving
END_OF_DOCUMENT_TOKEN_TO_BE_REPLACED