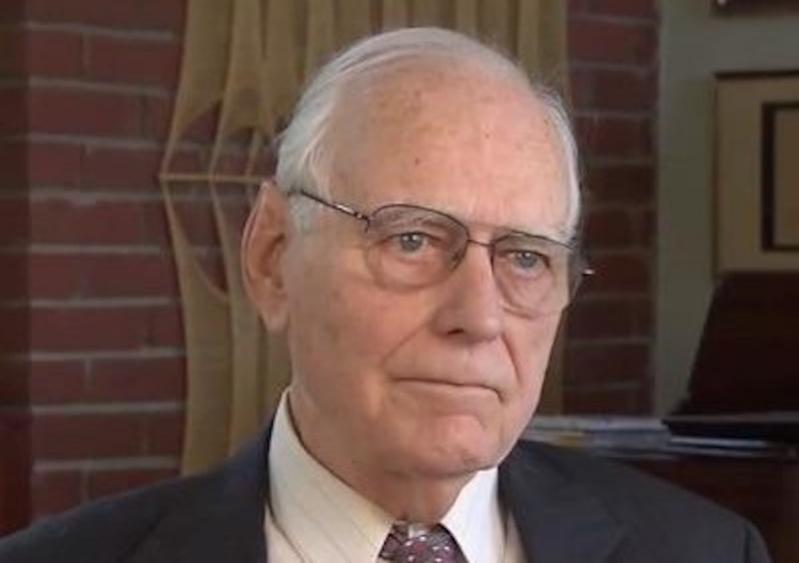 Charles E. Roos, a particle physicist whose many accomplishments included developing technologies for sorting aluminum from other metals and for the automated sorting of recycled plastic, died in Nashville on Feb. 20 following a massive stroke.

Montauk was a constant in Dr. Roos's life from early on: He spent 73 consecutive summers on Old Montauk Highway. "There was no place he loved more on earth than Montauk," his family wrote.

Dr. Roos, who was 93, matriculated at Swarthmore College in Pennsylvania when he was just 15, and transferred to the University of Texas at Austin, where he finished college after a year in the Navy. World War II training in electronics and then-new radar technology changed his life's goal from medicine to physics, his family wrote.

Following graduate work in biology at Princeton University, he earned his Ph.D. in physics at Johns Hopkins University in Baltimore.

His first job as an instructor took him to the University of California in Riverside, and his interest in high-energy physics drew him to join experiments on the Cal Tech accelerator in Pasadena.

He was recruited by Vanderbilt University in Nashville in 1959 "to broaden the range of research in its physics department," the family wrote. He won the department's first National Science Foundation grant to fund high-energy research, allowing him to continue his work at Cal Tech and later at Brookhaven National Laboratory on Long Island. The data that he and his graduate students gathered was analyzed at Vanderbilt during the academic year.

Vanderbilt put him in charge of radiation safety on campus. He also managed the grants for health physics students and led the patent and research committees as Vanderbilt sought to bring more research to the campus.

He built up the campus physics machine shop from large inventories of war surplus equipment, and "his team designed and built a record-breaking 11-Tesla magnet that prompted a team of metallurgists to descend on his lab from the Oak Ridge National Laboratory to make the first measurements on superconducting wire," his family said.

His receipt of one of the first NATO senior fellowships -- to work at Werner Heisenberg's Max Planck Institute in Munich -- led to a 10-year research partnership at the Center for European Nuclear Research [CERN] in Geneva. Later, his insights made significant contributions to the Deep Underwater Muon and Neutrino Detector Project experiment in the waters of Hawaii's Big Island.

He was named a fellow of the American Physical Society in 1968.

In the late 1960s, the owner of a scrap yard in Nashville challenged Dr. Roos to figure out how to sort nonferrous metals from shredded automobile scrap; magnets could remove only the steel. Dr. Roos launched the Sorter Project at Vanderbilt and developed a way to use compressed air jets to selectively pop aluminum off conveyer belts so that it could be recycled.

He created National Recovery Technologies (NRT) to continue his research and development and bring the inventions to the marketplace.

Dr. Roos had 25 patents in fields as diverse as metal and plastics separation, municipal waste processing, superconducting metals, airport security, coal and mineral separation, and rare earth ore concentration. At the time of his death, "he had one last application at the patent office for a method to extract rare earth ore from coal waste," his son Charles D. Roos wrote.

In 1975, Dr. Roos was subpoenaed to testify against construction of what would have been the world's largest nuclear power plant, in Hartsville, Tenn., on the banks of the Cumberland River, from which Nashville drew its water supply. He successfully demonstrated that the "economic justification for Hartsville was fatally flawed," his family wrote.

Dr. Roos took early retirement from Vanderbilt as an emeritus professor in 1989 to focus on NRT. The company diversified its sorting capabilities to glass and plastic, and its technology made the automated sorting of recycled plastic possible.

By 2010, the company's equipment sorted 70 percent plastic bottles worldwide, according to his family, and "by 2012, if you were standing on a broadloom carpet anywhere in the world, the odds were 60 percent it was manufactured with recycled bottles sorted by NRT equipment." NRT continues to be the research and development arm of Bulk Handling Systems and ships its sorters, made in Nashville, all over the world. Dr. Roos was chairman of the company's board until he turned 85.

He was born on April 23, 1927, in Chicago to Charles Frederick Roos and the former Mary Barkuloo. As a boy, he lived in Princeton, N.J., Ithaca, N.Y., London, Washington, D.C., Colorado Springs, Houston, and New York City.

He and his wife, Anne F. Roos, would have celebrated 69 years of marriage on Aug. 30 this year.

Locally, Dr. Roos was a supporter and benefactor of the Montauk Playhouse and the LongHouse Reserve in East Hampton, and his family has suggested donations in his memory to either one. Playhouse donations can be made at montaukplayhouse.org or by mail to P.O. Box 1612, Montauk 11954. Donations to LongHouse can be made online at longhouse.org.

The family will hold a service via Zoom on Sunday at 4 p.m.

The Outdoor Agenda 09.17.21
A Surf Meetup for Youth
I-Tri Ride and Wine Is Saturday
END_OF_DOCUMENT_TOKEN_TO_BE_REPLACED