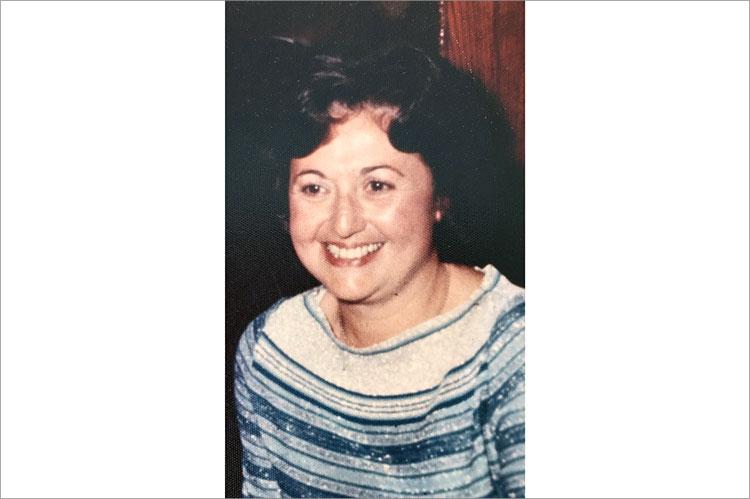 Gloria Leber, a New Jersey native who lived with family members in Montauk for five years late in life, loved reading, traveling, and hosting tea parties and boating get-togethers. She was a kind, gentle, wise, and witty grandmother, her family said, who also happened to love the New York Yankees. Quick to make friends of fellow fans, she watched all the team's games and knew many arcane statistics about past and present players, they said.

Mrs. Leber died at the age of 95 on Feb. 9 at The Peaks at Old Laramie Trail, an assisted living home in Lafayette, Colo. The family said she had had heart problems.

As a young girl, according to family lore, she was the first in her house to rise each morning, and spent much time in the company of her father, who called her "il mio uccellino" -- "my little bird." Born in West Hoboken, N.J., on Jan. 8, 1926, she was one of three daughters of Nazareno Marini and the former Concetta Campana. She grew up in Union City, N.J., and, at her graduation from Union Hill High School in 1945, she was voted "Class Smoothie" by her peers. She spent many years living in nearby Nutley, where she worked as a bookkeeper for Bergen Tool.

In 1946, Gloria Marini married Richard Leber. They had one son, Marshal Leber, who lived for years in Montauk. He died in 2004.

In their retirement, the Lebers lived in Bradley Beach, on the Jersey Shore. Richard Leber died in 2008.

During the pandemic, Mrs. Leber, whose younger relatives called her Re, put her computer skills to good use staying in touch with family members, including her grandchildren, Brett Leber and Chelsea Samot, and  three great-grandchildren. Her daughter-in-law, Patti Leber, survives. Mrs. Leber also leaves a sister, Nelda Brickner of East Hampton and Roseland, N.J., and many nieces and nephews.

"Gloria lived fully and compassionately" with a life that pivoted around togetherness, relatives wrote on a memorial website, glorialeber.wordpress.com.

Mrs. Leber was buried at Hillside Cemetery in Lyndhurst, N.J., on Feb. 17. Funeral arrangements were with the William J. Leber Funeral Home in Chester, N.J. Condolences can be sent online at leberfuneralhome.com. Memorial donations have been suggested to the Friends of the Montauk Library, 871 Montauk Highway, Montauk 11954.

The Outdoor Agenda 09.17.21
A Surf Meetup for Youth
I-Tri Ride and Wine Is Saturday
END_OF_DOCUMENT_TOKEN_TO_BE_REPLACED