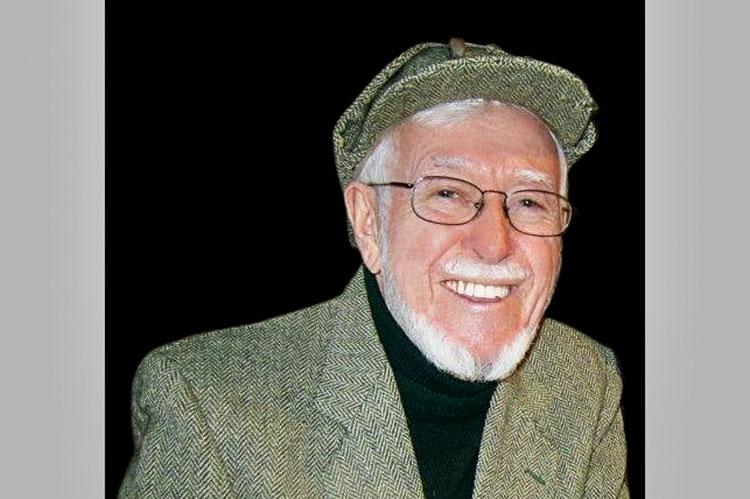 Sean Doyle, a native of Ireland and a resident of East Hampton for over four decades, died at Stony Brook Southampton Hospital on Jan. 2 after contracting Covid-19 at the Hamptons Center for Rehabilitation and Nursing in Southampton. He was 86.

Born on March 29, 1934, to Seamus Doyle and the former Anne Newman, who fought together for Irish independence in the 1916 Easter Rising, Mr. Doyle grew up in Dublin.

After emigrating to the United States in his early 20s, Sean served as a soldier in the Army, stationed in Korea. Following his tour of duty, he moved to Manhattan. "He took to New York with a convert's zeal, relishing the insights he gained into American culture through his jobs as a construction worker, bartender, cabbie, and horse-and-carriage driver in Central Park," his family wrote.

Not long after his arrival, he opened his own bar and restaurant, the White Horse Inn, on 89th Street and Second Avenue, which he operated with his then-wife, Peggy Doyle. It was "an icon of Manhattan nightlife" in the 1960s and '70s and "a hot spot for creative types of all persuasions," his family wrote.

"Beloved for his Irish wit," Mr. Doyle "viewed serving drinks in a communal setting as a sacred calling," they said. "Yet Sean loved saloon life as much for its ties to the profane as for its roots in the sacred, as evidenced in the motto that he and Peggy adapted for their second foray into bar ownership when they opened the popular Doyle's Corner Pub on Lafayette Street: 'Why should the Devil have all the good tunes?' "

In the late '70s, he met and fell in love with Joanna Craig, a nurse in Manhattan. After settling on the South Fork, where he worked as a bartender at the American Hotel in Sag Harbor, they were married and had three children.

Mr. Doyle was an accomplished and entirely self-taught artist and writer. In the late 1970s he founded the Sag Harbor Theatre Company, for which he wrote and directed a play titled "The Last Chance Saloon" that debuted at the Bridgehampton Community House. In addition to his work as a playwright, he was a published author who wrote essays, screenplays, criticism, short stories, and novels, with his prose appearing in venues both local and national.

He was also a talented and award-winning sculptor. John Russell, an art critic for The New York Times, selected his work in 1979 for first prize in the sculpture category of the Parrish Art Museum's annual competition. Described in The Times as a "miniature barroom scene" in which each wooden figure served as "a distinctive character acting on a tiny stage set," his sculptural tableau was modeled on the White Horse Inn. He went on to show his work in galleries throughout the state.

Building on his trajectory as an entrepreneur in the New York City bar and restaurant world, he started a business of a different kind on Long Island in the 1980s, the Hampton Connection livery service, and became "a much-loved private driver for people traveling between the Hamptons and New York City." Many of his customers look back with great affection on their time on the road with him, including Ken Dorph of Sag Harbor, who described him "as one of the most remarkable people I've known out here, a true original in every way."

Mr. Doyle loved the East End for its rich artistic and literary legacy, and he brought up his children with a sustaining appreciation of the arts by immersing them in the area's cultural offerings. After retirement, he remained committed to the arts through pursuing his own ambitious projects and involving himself in community organizations. He was a dedicated member of the East Hampton Writers Collective, where he was known "as a man with a wild mind," his family said.

He was also recognized around town as the "man with the red socks," as noted fondly by Terri Doyle, the wife of his nephew Seamus Doyle of Sag Harbor. "Never seen in any season without his red socks, and often spotted going for long walks wearing a deerstalker cap and carrying a hand-carved shillelagh," he was, "as described by a family friend, 'a one of a kind man who lived life on his own terms with passion,' " his family wrote.

He viewed fatherhood as his most important vocation. "Nothing was more gratifying to him than his three kids," Seamus Doyle said.

A memorial service will be held in his honor this spring, with details to be announced at a later date.