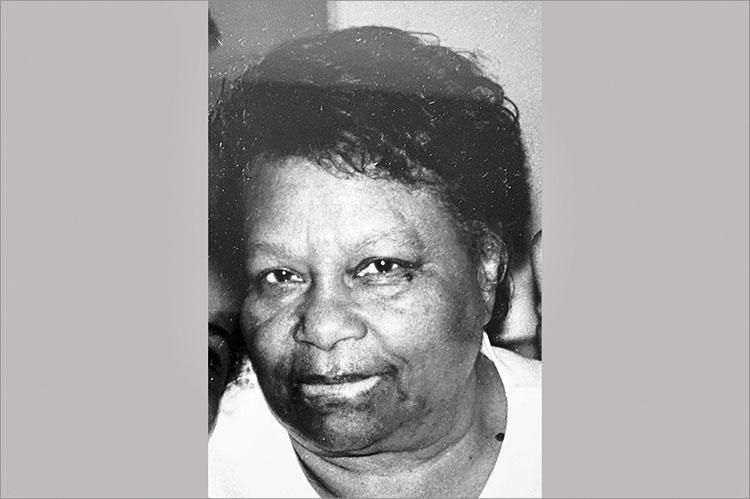 Catherine Greene, formerly of Sag Harbor, was known to family and friends as Sweetsie for her kind, welcoming, and comforting nature. An industrious and dedicated child care provider and homemaker, she embodied the line of Scripture "for where your treasure is, there your heart will be also," her family said.

Mrs. Greene died on Jan. 18 at a nursing facility in West Palm Beach, Fla., not far from the Boynton Beach home where she and Frank Greene, her late husband, had lived in their retirement. She was 90 and had been in declining health.

She "touched many lives through her unending kindness, generous spirit, and loving guidance," her family said. "Catherine always showed unfailing generosity with her time and heart by opening her home to all. There was never a time she would not provide a comforting word, good laugh, and welcoming meal to family or friends."

Born on April 27, 1930, in Camden, N.C., Catherine Turner Greene was one of eight children of Stephen Turner Sr. and the former Pleasant Mercer. Her faith took root at an early age as a member of New Sawyers Creek Baptist Church. Before the schools in Camden were integrated, she graduated from Sawyers Creek High School, which is now recognized as a historical landmark.

She married Leon Davis and the couple moved to Long Island, where Mr. Davis was employed. He died in a gas explosion. Mrs. Greene was a resilient woman, however, who was "able to keep her heart open," her family said. In 1963 she married Mr. Greene, a Bridgehampton native. The couple retired to Boynton Beach in 2002, and celebrated 50 years of marriage before Mr. Greene died in 2013.

While living in Sag Harbor, Mrs. Greene was a member of the Bridgehampton Presbyterian Church. She also took part in the Knit and Stitch Club of Long Island. Her family said a poem called "I Have a Place in Heaven" resonates after Mrs. Greene's death. Though its author has been lost to time, its last stanza reads: "My heart is filled with happiness, and sweet rejoicing, too. To walk with God is perfect peace, a joy forever new."

In place of an immediate memorial service, Mrs. Greene's family has requested that friends and loved ones perform an act of service and post remembrances on the website of the Palms West Funeral Home in Florida, online at palmswestfuneralhome.com.