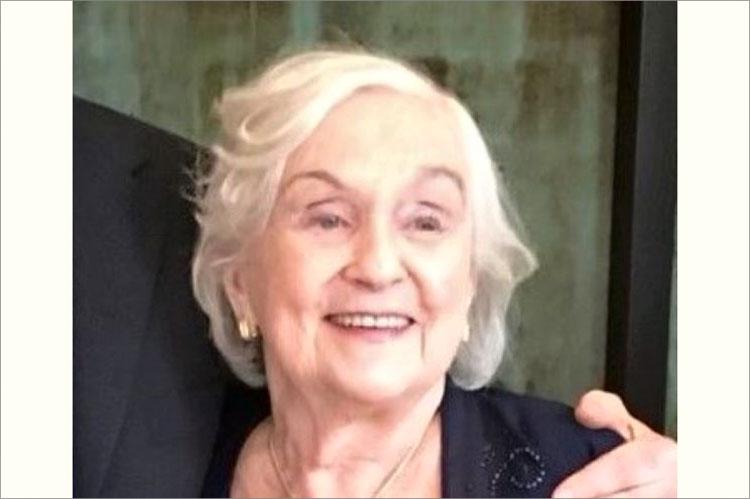 Mary-Ann Hobel of Springs and Manhattan, a math and physics whiz who became a successful producer and distributor of documentary and feature films, died at her home in the city on Feb. 3 at the age of 94, surrounded by family. She was recovering from a short bout with non-Covid-related pneumonia, they said, when she fell and broke her hip.

Born and raised in the Bronx, the only child of Louis Hirsch and Lena Rowitz, she excelled in high school and at Barnard College, graduating Phi Beta Kappa with a major in physics. After earning a master's in education from Columbia Teachers College, she was hired by Bell Labs, one of Bell's first female physicists, to make advanced mathematical calculations for new product design.

She was married not long after to Philip Hobel, a happy marriage that lasted 63 years until his death in 2013. He had been a naval officer during the war, and they were quartered for a time at the U.S. Naval Training Station in Newport, R.I., before he left the service. Over the next two decades, they lived in New Rochelle, N.Y., Scarsdale, N.Y., and, for several years, Toronto, with a vacation house -- an 18th-century farmhouse that they renovated themselves with the help of their three children -- on 100 acres in Vermont. Mrs. Hobel taught mathematics and physics to elementary and high school students wherever the family happened to be living.

In 1977, by which time the children were grown and Mr. Hobel, who'd run a furniture manufacturing company, had made a midlife switch to found, together with his wife, the Cinema Guild, the Hobels traded the farm for a house on Gardiner's Bay in Springs. ("Less isolated, more social," said their daughter, Sara Hobel.) There, in years to come, they taught their grandchildren to fish, clam, crab, swim, and, she said, "enjoy the natural beauty of beachside living."

They bought a 19-foot motorboat for fishing and water-skiing, joined the South Fork County Club to play golf, and eventually spent seven months of the year in Springs while working and living in Manhattan. Ms. Hobel recalled their love of entertaining, picking up lobsters at the fish farm on Promised Land, digging a pit on the bay beach, and heating rocks and seaweed for the feast.

Over the years, the Cinema Guild produced many films; notably, in 1983, "Tender Mercies," starring Robert Duval as a country music singer in rural Texas. Filmed on location, it was nominated for five Academy Awards, including Best Picture, and won two. Because of their work in the movies, the Hobels became great supporters of the Sag Harbor Cinema, Guild Hall, and Bay Street Theater.

Mrs. Hobel continued to come here after her husband's death, renting out the Springs house and spending summers in East Hampton and Sag Harbor. She celebrated her 92nd birthday at Ms. Hobel's house in Amagansett. That was her last summer here. Always fiercely independent, she lived by herself in Manhattan until two years ago.

In addition to her daughter, she leaves two sons, Joseph Hobel of Agoura Hills, Calif., and Michael Hobel of Beverly Hills, and six grandchildren: Madeleine and Cleo Gordon and Samuel, Zachary, Adam, and Ethan Hobel. She lived to see, via daily Zoom sessions which she much enjoyed, a great-grandson, Owen Hobel, born nine months ago.

A graveside service on Feb. 5 was streamed from Sharon Gardens Cemetery in Valhalla, N.Y. The family has suggested memorial contributions to the Taub Institute for Research on Alzheimer's Disease and the Aging Brain at Columbia University, 710 West 168th Street, #3, New York City 10032.