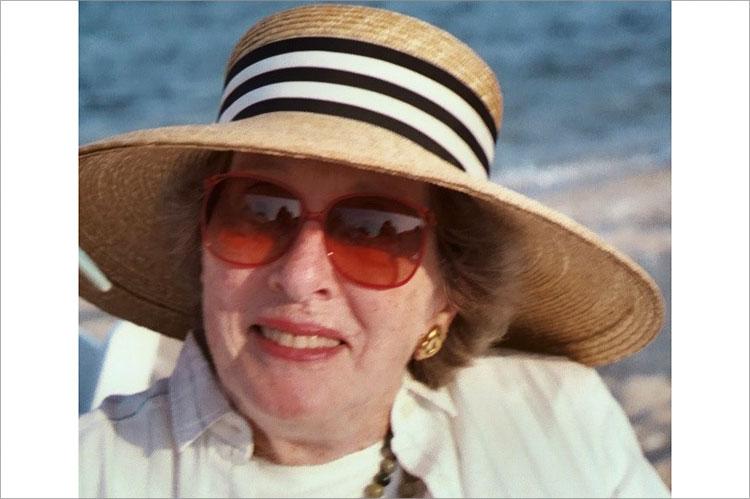 Marillyn Buelow Wilson, a prominent conservationist and philanthropist whose involvement with the Nature Conservancy and the Peconic Land Trust spanned five decades, died at Peconic Landing in Greenport on New Year's Day. She was 96 and had been in declining health for several years.

According to friends, Ms. Wilson was fond of saying, "Some people invest in Picassos and Renoirs, but I choose to invest in nature and people." After buying a house in Northwest Woods in 1971, she helped establish the South Fork-Shelter Island chapter of the Nature Conservancy, now the Long Island Chapter, and hired its first full-time director.

In 1980, Ms. Wilson played a key role in the acquisition of the conservancy's 2,039-acre Mashomack Preserve on Shelter Island, and recently helped fund the renovation of its turn-of-the-century manor house. She also helped establish Northwest's 516-acre Grace Estate Preserve, as well as preservation projects in the Montauk Moorlands, Hither Woods, and Shadmoor. In 2008, she donated Wilson's Grove Preserve off Old Northwest Road to the Peconic Land Trust as a public trail portion of the Paumanok Path.

Accabonac Harbor in Springs was especially important to her, and she contributed generously toward the acquisition of its natural areas and marsh restoration. Ms. Wilson also helped to establish the Long Pond Greenbelt Preserve, a public-private collaboration to preserve a chain of coastal plain ponds between Sag Harbor and Bridgehampton.

She was among the first supporters of the Peconic Land Trust, and, with Nancy N. Kelley, the director of the Nature Conservancy's Long Island chapter, she helped establish the Center for Conservation in East Hampton and supported its water quality improvement research, clam restoration projects in the Peconic Estuary and Great South Bay, and land protection in Pipes Cove on the North Fork.

Marilyn Buelow Wilson was born in Detroit on Feb. 25, 1924, to Raymond Buelow and the former Eida Heidt. She grew up in Grosse Pointe, Mich., where she attended high school. After graduation she worked as a food and society writer for the Greater Detroit News.

She married Robert Wilson, a conservationist and investment banker, in April 1957. They moved soon after to Brooklyn, where she became a volunteer at and lifelong supporter of the Brooklyn Botanic Garden.

She invested early in climate change research and in studies of the impact of acid rain on forests, and more recently in the Nature Conservancy's Restoring America's Forests initiative, which helps to support the work of more than 55 North American forest-health scientists.

Ms. Wilson's philanthropy extended well beyond the East End to include sites in Oregon, where her support led to the creation of the Nature Conservancy's Zumwalt Prairie Preserve, whose 330,000 acres are North America's largest intact grassland of its type. She also helped the conservancy establish the 18,000-acre Juniper Hills Preserve in central Oregon.

She contributed as well to the Heart of the Adirondacks Finch-Pruyn project, which conserved 160,000 acres including 300 lakes and ponds, 90 mountains, and 415 miles of river -- the Nature Conservancy's largest acquisition ever, at the time.ÊHer support also helped protect Follensby Pond, the site of the famed "Philosophers' Camp" where Ralph Waldo Emerson, William James Stillman, Louis Agassiz, and others gave birth to the Transcendentalist Movement.

According to friends, Ms. Wilson was a funny, spunky, self-described "tough old bird," who will be mourned by her many friends, neighbors, and allies. She did not want a memorial service, and suggested instead that friends take a walk in a special place in nature and, if so inspired, make a contribution to its perpetual management.
--
Correction: An earlier version of this obituary incorrectly spelled Marillyn Wilson's first name.