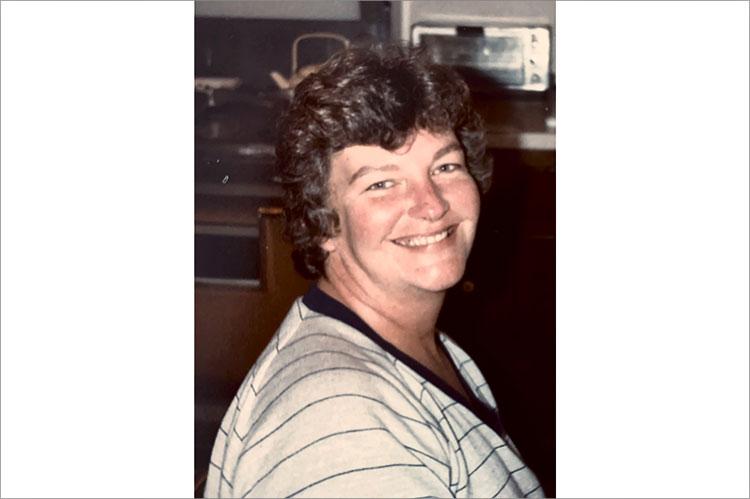 Kathleen E. Gosman of Montauk died on Dec. 29 at the Fairview Avenue house she shared with her husband of 60 years, Emmett Gosman. Mrs. Gosman had been diagnosed with cancer eight months ago. She was 79.

A dedicated mother to her four children, Mrs. Gosman, who was called Kathy, volunteered with the Cub Scouts, took her daughters to piano lessons for years, and shuttled them back and forth to school events and athletic practices. She enjoyed taking her children to Gin Beach on East Lake Drive during summer breaks from school and spending time with extended family members and friends.

Mrs. Gosman's husband and all of their children worked at Gosman's Dock restaurant, which Mr. Gosman still oversees. The couple regularly dined at a corner table there and had their familiar seats at the bar.

She had a great sense of humor and personal warmth, said her daughter Diane Gosman Marsella of Superior, Colo., and always sent birthday cards to longtime friends and extended family members. "She was one of Hallmark's best customers," Ms. Gosman Marsella said. "She always took the time to care and remember you on your birthday, no matter what your age."

Born in Brooklyn on Sept. 13, 1941, to John Joseph Bolton and the former Janet Cox, she grew up in West Hempstead, moving permanently to Montauk, where her parents owned a house and cottages on East Lake Drive, as a teenager. She graduated from East Hampton High School.

She and Robert Gosman, who is known as Emmett, were married at St. Therese of Lisieux Catholic Church in Montauk in November of 1960. As a young adult, she worked at Third House at Deep Hollow Ranch in Montauk and later at Gosman's restaurant, where she was a bookkeeper.

She bowled in an East Hampton women's league and won many trophies. She also took up golf, which she played with her husband and friends in Montauk and at the South Fork Country Club in Amagansett, near Mr. Gosman's childhood home. They especially enjoyed the "19th hole," which was always a highlight of any round of golf, her daughter said.

Mr. and Mrs. Gosman built a second house in Vero Beach, Fla., in the mid-1990s, where they would play golf during the winter and visit Mrs. Gosman's brother and sister-in-law, John and Dale Bolton, formerly of Montauk. Her brother, who lives in Stuart, Fla., survives her.

"Kathy is remembered as someone who devoted herself to raising her four children and enjoyed social time with her extended Bolton and Gosman families and friends," Ms. Gosman Marsella said. "She was part of 'Old Montauk' that is still treasured, along with her warmth and quiet caring."

In addition to her brother, husband, and daughter, Mrs. Gosman is survived by her other daughters, Karin Gosman of Montauk and Sharon Gosman of Manhattan, and a son, Robert Gosman of Montauk. Four grandchildren and one great-grandchild, whom she enjoyed spending time with, also survive.

A wake was held on Monday at the Yardley and Pino Funeral Home in East Hampton. Mrs. Gosman was cremated and her ashes were buried at Fort Hill Cemetery in Montauk. Her family has suggested memorial contributions to Music for Montauk, at musicformontauk.org, and the Montauk Playhouse Community Center, at montaukplayhouse.org/donate.