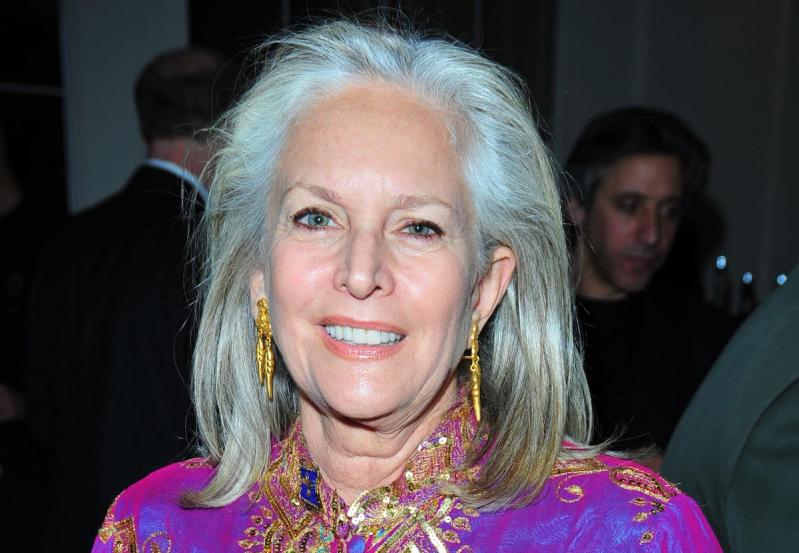 A prominent philanthropist, Susan Patricof was a tireless advocate for others, children above all, her family said, devoted to global public health and serving as a powerful voice for those in need. Concerned with politics as well, she campaigned on behalf of candidates and civic causes in which she believed deeply.

Ms. Patricof, who lived on Huntting Lane in East Hampton and in Manhattan, died at her home here on Monday at the age of 77. She had been diagnosed with Alzheimer's disease 12 years ago.

Ms. Patricof loved New York City and supported many of its most important organizations. She was a former president and chairwoman of the Northside Center for Child Development, a social service organization in Harlem, where she was involved for more than 40 years. During that time Northside grew to serve more than 4,000 children annually. In 2005, the Susan Patricof Head Start Center opened its doors in Harlem; it stands as a living reminder of her work in the community.

As a young woman, she worked for the New York State Council on the Arts. Later, and for many years, she was president of the Paper Bag Players, a nonprofit theater for children. She was also a former president of the Metropolitan Synagogue, and vice chairwoman on the board of overseers of Columbia University's Mailman School of Public Health.

She served on a number of other distinguished boards, among them the International Rescue Committee, where she co-founded its Leadership Council on Children Affected by Armed Conflict. As part of her work with the committee, she traveled on aid missions to Haiti, Rwanda, Uganda, Sierra Leone, Guinea, Southern Sudan, Ethiopia, and the Democratic Republic of the Congo, and frequently advocated on the committee's behalf in Washington, D.C.

Ms. Patricof was born in Albany on March 3, 1943, to Leon Hatkoff and the former Doris Wildove. She grew up in Albany and graduated from Cornell University.

She and Alan Patricof, who survives, were married on May 17, 1970. "Alan and Susan were an indomitable pair," relatives said, "working side by side on civic causes and in support of political campaigns. They opened their homes to champion a range of issues, and their enthusiasm inspired the participation of countless others. Susan was a loving supporter of her siblings, children, grandchildren, and many other family members and friends around the world."

She endured her illness, they said, with courage, grace, and the steadfast support and love of family, friends, and a team of devoted caregivers. "Her generosity, kindness, and compassion will be remembered; her radiant spirit enriched the lives of everyone she touched."

A private service was to take place at noon today at the Jewish Center of the Hamptons in East Hampton, Rabbi-Cantor Debra Stein officiating. Burial will follow at Shaarey Pardes Accabonac Grove Cemetery in Springs.

Memorial contributions can be directed to the Northside Center for Child Development, 1301 Fifth Avenue, New York 10029, or online to northsidecenter.org. Contributions will also be received by CaringKind, 360 Lexington Avenue, New York 10017, online at caringkindnyc.org, and by East End Hospice, P.O. Box 1048, Westhampton Beach 11978.

Celebrate Hanukkah All Across Town and at Home
Stuffed With Turkey? Walk It Off
Blood Drive Tuesday in Bridgehampton
END_OF_DOCUMENT_TOKEN_TO_BE_REPLACED