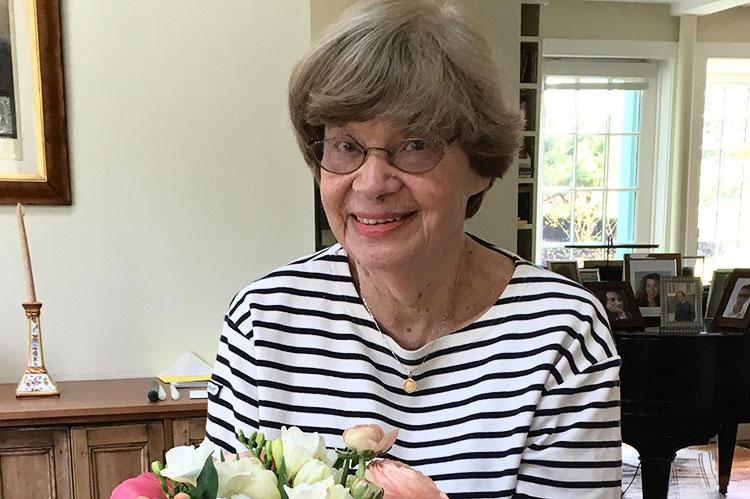 Ms. Hahn, who worked as a licensed real estate broker in East Hampton for 31 years and was a longtime member of the Choral Society of the Hamptons, was remembered this week for her passion, optimism, intellect, and loyalty. She had a "sense of humor, charisma, and ability to make anyone and everyone feel supported, cared for, and heard," said the family. Ms. Hahn died on Jan. 5 at Southampton Hospital. She was 88 and was said to have been in "perfect health" until early this month.

"A week didn't go by without an email from her that passed along something notable, just plain funny or full of word or visual riddles," wrote Helen S. Rattray, the Star's publisher and a longtime friend. Ms. Hahn, who sang with the alto section of the Choral Society, convinced Ms. Rattray to join the group as well. "She never sought the limelight. She didn't seek praise, but remained a steady and nurturing influence," wrote Ms. Rattray, who recalled "the ambiance of her large living room where, without apparent effort or any attempt to play hostess, she made everyone feel welcome."

Ms. Hahn was born in Mount Vernon, N.Y., on May 8, 1932, to Louis Paul Auerbach and the former Esther Fanya Marks. She grew up in the Bronx and graduated from the High School of Music and Art before going on to Hunter College, where she earned a B.A., and Columbia University. She had a love of the French language and culture and worked as a French interpreter and translator as a young woman.

On July 1, 1958, she was married to Steven Hahn. The couple lived in New York City when they were first married and moved to East Hampton in the mid-1960s, raising their son and daughter there. As a broker, Ms. Hahn worked with Windward Realty, the Condie Lamb Agency, and Sotheby's International Realty.

In addition to singing, she was a "lifetime piano student," her family said, enjoyed reading, and practiced yoga.

She is survived by a son, Eric Hahn of Palo Alto, Calif., a daughter, Nina Hahn of London, four grandchildren, and a sister, Ellen Gilbert of New York. Her husband died in 1993.

Her family has suggested contributions in her memory to the Choral Society of the Hamptons, P.O. Box 1031, Bridgehampton 11932, or online at choralsocietyofthehamptons.org.