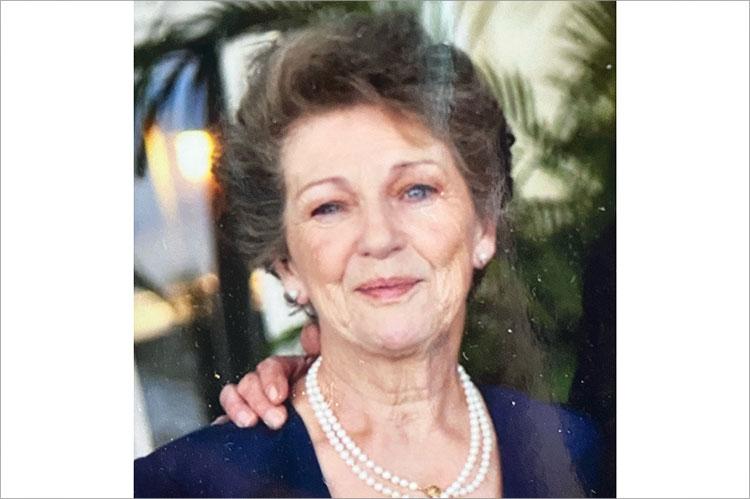 Heidi Limonius was a gifted floral designer and co-owner of Buckley’s Flower Shop and Garden Center in East Hampton Village for nearly 60 years. She took pride in her work, her family said, whether it was a corsage, a tabletop centerpiece, or a high-end custom arrangement.

Mrs. Limonius died at home in East Hampton on Nov. 3. She was 83 years old and had been ill with Alzheimer’s disease for five years.

At the age of 17, she emigrated to the United States from Germany, but not before she experienced “the whole of World War II” there, her family said.

“The hardships and sacrifices during this time created a very strong bond with her family,” they wrote. “This connection has been intensely maintained over the many years with many trips back to Germany. The conditions at this time were poor, but her grandmother had much knowledge and love for nature and plants, passing this to Heidi.”

She was born Adelheid Sontheimer in Schelklingen, Germany, on March 11, 1938, to Paul Sontheimer and the former Maria Bumiller, the third of the couple’s five children. She attended the Schelklingen school and went on to a trade school in nearby Ulm.

She boarded the MV Italia with her friend Elsbeth on Jan. 21, 1955, and arrived at the Port of New York on Feb. 2. Two years later, Heidi Sontheimer met the love of her life, Charles Limonius, at a German social in the Catskills. They married in June of that year. Their first son was born in 1958. Mr. Limonius died in March.

In 1960, they arrived in East Hampton and bought Buckley’s Flower Shop. Mrs. Limonius and Mr. Limonius worked hard “bringing floral joy to all in the community” until retirement in 2019, her family said, having achieved the “true American dream.” Their three sons joined the family business in the 1980s and continue to run it.

She loved the East Hampton beaches and taking walks, recalling memories of the Black Forest in Germany. Her family said she enjoyed painting and was quite good at it, and said she was a wonderful cook who brought to the table many old-world dishes.

Visiting hours are at the Yardley and Pino Funeral Home in East Hampton tomorrow from 5 to 7 p.m. Her funeral will be on Saturday at 10:30 a.m. at the East Hampton Presbyterian Church, where she was a member. Burial will follow at Cedar Lawn Cemetery. Her family has suggested memorial donations to East End Hospice, online at eeh.org, or to the Long Island chapter of the Alzheimer’s Association, 300 Broadhollow Road, Suite LL100, Melville 11747.

Celebrate Hanukkah All Across Town and at Home
Stuffed With Turkey? Walk It Off
Blood Drive Tuesday in Bridgehampton
END_OF_DOCUMENT_TOKEN_TO_BE_REPLACED