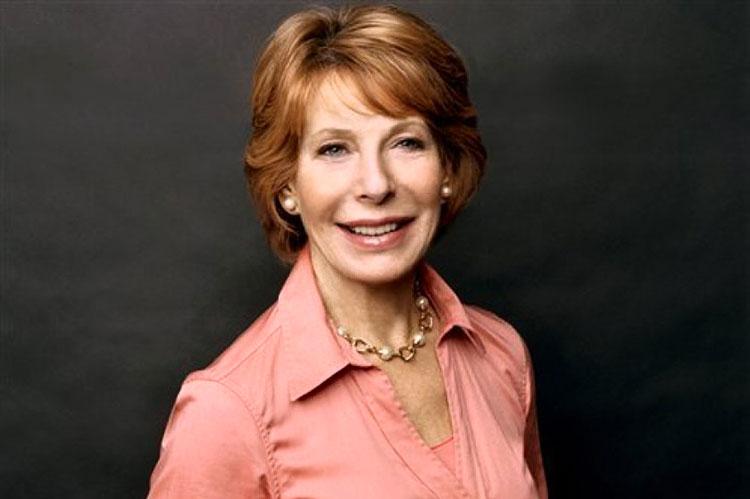 Gail Sheehy, a New York City journalist, commentator, and author who had lived part time in East Hampton until about 2008, died unexpectedly of complications of pneumonia at Stony Brook Southampton Hospital on Aug. 24. She was 83 and had been visiting her longtime companion, Robert Emmett Ginna Jr., in Sag Harbor.

Ms. Sheehy, who had a sometimes controversial penchant for psychologizing the subjects of her manifold inquiries and profiles, earned acclaim in the world of groundbreaking, often gutsy reporting, winning national literary prizes as well as a Lifetime Achievement Award from Guild Hall of East Hampton. She was the author of 17 books, often outgrowths of her articles, and her best-known book, "Passages," sold 10 million copies and led to a franchise of several others in a series.

Walter Bernard, the art director of New York magazine for nine years, who worked there with Ms. Sheehy, singled out several of her stories as significant, "including the beginning of her 'Passages' series, about approaching the age of 30, one about the explosion of amphetamine use, one about streetwalking prostitutes, youthful black kids. . . ."

"These were important stories for a magazine that was trying to establish itself. Gail, who did not have the reputation at the beginning of New York magazine of Tom Wolfe, Jimmy Breslin, or Gloria Steinem, built her reputation" there. She was "unusual because New York magazine was unusual."

Born Gail Merritt Henion on Nov. 27, 1936, in Mamaroneck, N.Y., to Lillian Rainey Henion and Harold Merritt Henion, she grew up there, attending its public schools. In 1958 she graduated from the University of Vermont with a bachelor's degree in English and home economics. Her first job was as a consumer representative for J.C. Penney. She returned to school in 1970, earning a master's degree in journalism from Columbia University, where she studied on fellowship under the anthropologist Margaret Mead, from whom she may have learned how to successfully question her subjects.

Ms. Sheehy worked for The New York World-Telegram and Sun and The New York Herald Tribune. Then, as a single, working mother, she freelanced, and pitched and wrote a story about Fire Island for a supplement The Tribune started. Once the supplement became a separate publication, New York magazine, launched by Clay Felker in 1968, Ms. Sheehy wrote for it until her death. As her editor, longtime companion, and, in 1984, husband, Mr. Felker had counseled her to write "big stories." She was also a contributing editor for Vanity Fair from 1984 to 2018, and wrote for other publications as well. Mr. Felker died in 2008.

In addition to her many working trips abroad, Ms. Sheehy lived primarily on the Upper West Side and, for about 28 years, in East Hampton.

Her last big story, in 2017, was about Heather Heyer, the young woman who was killed in Charlottesville, Va., when white nationalists marched on the University of Virginia campus. Even at age 80, for that story she practiced what she preached about getting on a plane to go to the source of whatever cataclysmic cultural event had just taken place. Christopher Bonanos, an editor at New York magazine, wrote a tribute to her, "Gail Sheehy Never Stopped Reporting," in the magazine's Aug. 26 "Intelligencer" column.

She was known for her high energy. "Whenever Gail stayed with me, I insisted that there be nap time at 3 p.m., or I wouldn't be able to keep up with her," said Elena Prohaska Glinn, a friend and art appraiser in East Hampton.

Mr. Bernard called her a relentless reporter. "She was always looking, coming up with ideas," he said, "she was always working and had a tape recorder, later a cellphone, in her purse. She was always ready."

"Gail Sheehy was a generous person," said Helen S. Rattray, the former editor and now publisher of The East Hampton Star. "Professionally, her experience was many yards more sophisticated than mine, but she never failed to engage me in conversation about whatever my exploits might have been and to respond warmly. She had that gift of making the person she was speaking with feel like the only person in the room."

It was a 1972 story by Ms. Sheehy for New York magazine, "The Secret of Grey Gardens," made possible largely by her daughter's discovery of baby bunnies in East Hampton, that launched the Maysles brothers documentary and later a Broadway musical. In addition to her iterations of "Passages," her other books include "Character: America's Search for Leadership," a collection of psychological profiles of presidential candidates published in 1988, and a 1999 biography of Hillary Clinton, "Hillary's Choice."

She is survived by Mr. Ginna, a former professor, writer, and co-founder of People magazine. In addition to her daughter Maura Sheehy of Brooklyn, another daughter, Mohm Sheehy of Woodstock, N.Y., adopted from Cambodia by Ms. Sheehy and Mr. Felker, survives, as do a sister, Pat Klein of New York City, three grandchildren, Mairead Sheehy-Moss, Eva Sheehy-Moss, and Declan Sheehy-Moss, a nephew, a great-nephew, and a great-niece.

Ms. Sheehy attended St. Michael's Episcopal Church on the Upper West Side. She was buried on Friday at Oakland Cemetery in Sag Harbor, next to Mr. Felker. The Rev. Karen Campbell of Christ Episcopal Church officiated at the graveside service, with about 50 people attending. A smaller reception followed at the American Hotel in Sag Harbor. Ms. Sheehy's sister spoke, her grandson played "Body and Soul" on the tenor sax, Mr. Ginna, Maura Sheehy, and Ms. Klein each gave a tribute, Mairead recited a poem she had written, and Eva read a passage from Ecclesiastes. There will be a memorial at a future date.