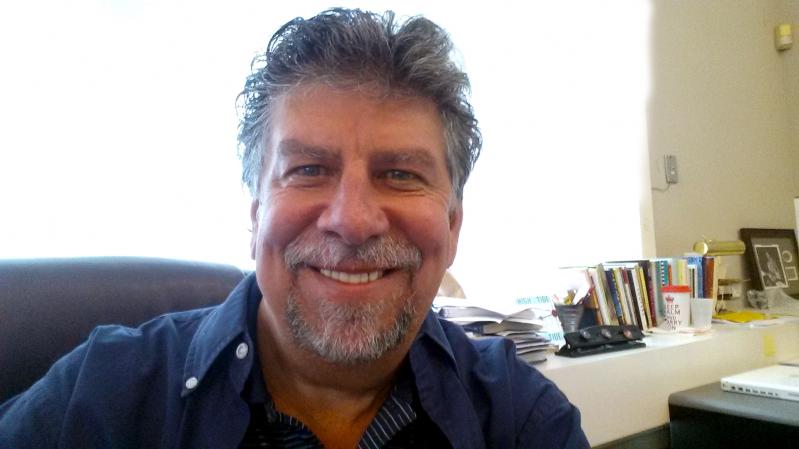 Rick Murphy might not have been born a writer, but if it was not in his blood, he did it with flair and a penchant for controversy. The former co-publisher and editor of The Independent newspaper died on July 21 at Southampton Hospital after a heart attack. He was 70.

Mr. Murphy had an unconventional path to the news business but he started as many reporters did, as a paperboy for a city paper, in his case, The World-Telegram in Brooklyn during the school year and Newsday during summers in Sag Harbor. His mother was born and raised in Sag Harbor, and the family house on Howard Street was his and his sister, Phyllis's, summer home during his childhood.

He began sending in a few cartoons to the short-lived Sag Harbor Herald, which The East Hampton Star operated briefly, and joined its small staff in the fall of 1988 as a reporter and sportswriter under the editor, Linda Sherry. His column, "Low Tidings," which he later resurrected at the free-distribution Independent newspaper, reflected his sharp sense of humor and ability to tell a good story.

When The Sag Harbor Herald folded in 1992, Mr. Murphy ended up as a reporter at The Star, where he covered Town Hall affairs, development, and, in 1994, even a U.F.O, sighting.

It was with a handful of "Low Tidings" columns that he first walked into the creative writing courses he taught at the Friends World Program at Southampton College in the 1990s.

He was a contributor to The New York Times before joining The Independent in 2003, as its sometimes-controversial co-editor. Among his notable targets was then-East Hampton Town Supervisor Bill McGintee, whose misuse of preservation money to cover up budget mismanagement led to his resignation in 2008.

That year, too, Mr. Murphy, by then a co-publisher, wrote a column, in stereotypical dialect, purported to be by Barack Obama, widely derided as racist. Hillary Clinton had also been among the subjects of his "Low Tidings," but after the Obama flap, the newspaper's owner, Jerry Della Femina, retired the column. Mr. Murphy stayed on.

Rick Murphy was born on May 11, 1950, to the former Eleanor Forcucci and Stanley Murphy. He went to St. Francis of Assisi Grammar School in Brooklyn, and St. Augustine High School there. After college at Long Island University, he worked on Wall Street for a time, eventually returning to the East End. He married Karen Fredericks on May 4, 1996; she survives. He and Ms. Fredericks lived in Northwest Woods in East Hampton, where Mr. Murphy enjoyed cooking and the couple's dogs.

At The Independent, he wrote many investigative pieces, covered politics, and resumed a column, "Rick's Space." The Independent stopped print publication after being taken over by the publisher of Dan's Papers in June.

His sister, Phyllis Howell of Brooklyn, survives. His daughter, Anna Rose Murphy, died before him.

Donations in Mr. Murphy's honor have been suggested to the Animal Rescue Fund of the Hamptons, 124 Daniels Hole Road, East Hampton 11937. A service is to be announced.