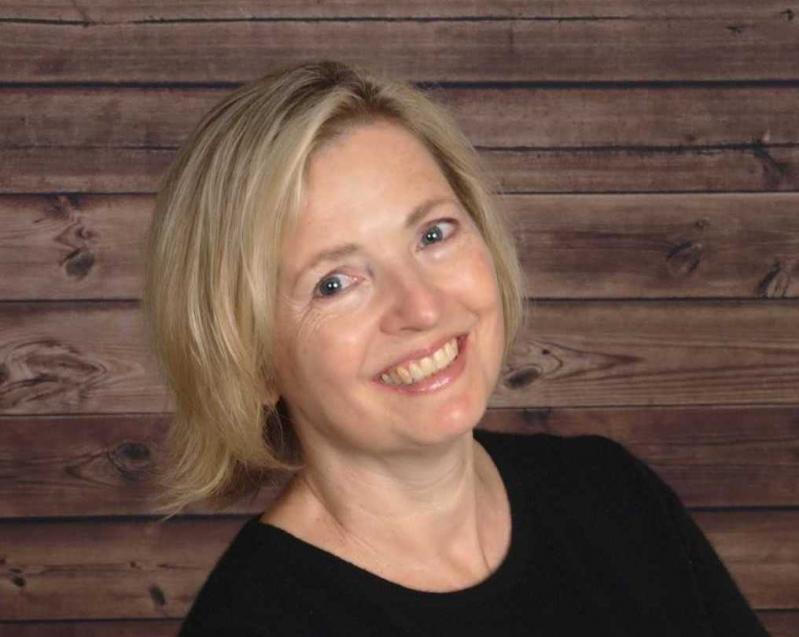 Renee Schilhab Bullock, who had been a journalist, landscape designer, musician, and documentary filmmaker, died of liver and peritoneal cancer at Sibley Memorial Hospital in Washington, D.C., on June 14, surrounded by family and friends. Ms. Bullock, who was 61, had been diagnosed with the aggressive cancer about eight months ago.

Ms. Bullock, the daughter of Hartwig Schilhab and the former Hildegard Zander, was born on Aug. 6, 1958, in Toronto. She grew up there and although she moved to New York City as a young woman, she maintained her Canadian citizenship throughout her life. Ms. Bullock spent her teenage years in Scarborough and Thornhill, Ontario, suburbs of Toronto, and graduated in 1975 from Woburn Collegiate High School.

After a year at York University in Toronto, she put her education on hold and started an all-girl punk rock band called the B-Girls. The band "gained some acclaim in the Toronto and New York City punk scene in the late 1970s and early 1980s," her family wrote. The B-Girls opened for the Clash at venues in Toronto, and at one time sang backup vocals with Blondie.

After the band broke up, she moved to New York City and worked her way through college at the City University of New York, where she earned a bachelor's degree in journalism and communications. She worked briefly at a regional newspaper in Hamden, Conn., before taking a job as a reporter at The Southampton Press in 1989. She worked there until 1994, covering local government and writing hundreds of articles and features stories. When she left The Press, she self-published a book of restaurant reviews called "Granny Poo's Hamptons Restaurant Review."

She met her future husband, Tony Bullock, at an event at Robert David Lion Gardiner's house in East Hampton celebrating the 350th anniversary of the Gardiner family's ownership of Gardiner's Island. Mr. Bullock, then the East Hampton Town supervisor, was there in his official capacity. Ms. Schilhab was covering the event for The Southampton Press. "Mr. Gardiner mistook me for a waiter and asked me to get him a drink. Renee thought that was quite amusing," Mr. Bullock wrote. He was immediately "smitten," he wrote.

The two married at St. Luke's Episcopal Church in East Hampton on July 23, 1994. They lived in Amagansett until 1996, when Mr. Bullock took a job working for Senator Daniel Patrick Moynihan in Washington.

There Ms. Bullock wrote freelance articles for The New York Times and New York Post. Then, while busy raising their children, Monty, now 21, and Alexandra, now 18, she started a new career as a landscape designer, studying for a certificate in landscape design at George Washington University. She worked with crews in the D.C. area and designed and installed dozens of residential gardens, including hardscapes, water features, lighting plans, plantings, and walkways.

More recently, she earned a graduate certificate in documentary filmmaking from George Washington's Institute for Documentary Filmmaking. Her team at George Washington produced an award-winning short documentary titled "Boys in the Boat," which chronicled the lives of young men with cognitive disabilities who enriched their lives by participating in a rowing program based in northeast D.C., on the Anacostia River.

She had started work on a new film that examined a historical African-American community in Buckingham County, Va., that is fighting to stop the construction of a gas pipeline through the area. Yogaville, a nearby ashram, and major environmental justice groups also oppose the project.

Ms. Bullock "was a devoted mother and wife and had many longtime close friends from each of the phases of her life," her family wrote. "She was a great cook, loved to travel, eat barbecue, and listen to music. She was always interested in other people and the stories they had to tell about their lives. She was always there for her friends and they were there for her," her family said.

In addition to her husband and daughter, who live in Washington, and her son, who lives in Atlanta, she also leaves a brother, Gregory Schilhab of Brampton, Ontario.

A graveside service for Ms. Bullock was held on Saturday at Cedar Lawn Cemetery in East Hampton, with remarks by the Very Rev. Denis C. Brunelle of St. Luke's Episcopal Church.

Her family has suggested donations in her name to the Tregaron Conservancy in Washington, D.C., at tregaron.org/donate.