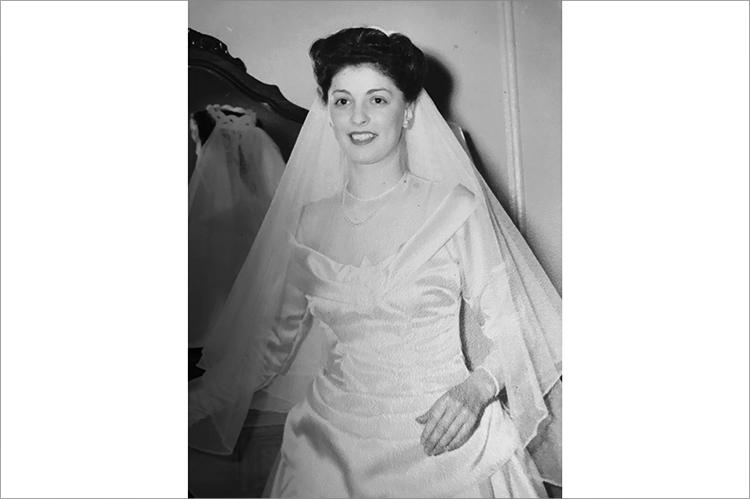 Connie Dembia of Wainscott and Ramsey, N.J., died on May 20 at home in Ramsey at the age of 98. Her family wrote that she had not been ill, “just very, very old.”

Her interests and accomplishments were varied, from reading and sewing to politics, social issues, and social justice. As a child growing up in Brooklyn, where she was born Carmela Di Paola on Dec. 11, 1921, she was a champion handball player, and all through her life loved dancing.

Her father was John Di Paola, who had immigrated to this country from Avellino, near Naples, and who fought for the United States in World War I. In 1921 he went back to his hometown to find a wife and married Gaetana Basso. They sailed back together in June 1921.

Mrs. Dembia attended Girls’ High School in Brooklyn, but left during the Depression to work to help her family. She received a GED, equivalent to a high school diploma, later in life. “She valued knowledge and believed in the power of the individual,” her family wrote.

During World War II she worked at the Brooklyn Navy Yard. She married Joseph T. Dembia, the son of Polish immigrants, in 1946. He died in 2015.

Mrs. Dembia held a few part-time jobs as her family was growing. In Wainscott, she and her husband first stayed with New Jersey neighbors, Mary and Archie Baxter, until 1960, when they bought a house built in 1888 for Mae Osborn. Ultimately they bought Barbara and Bill Babinski’s house across the street.

Her three children, Lorraine D. Tanner of Seymour, Conn., Robert Dembia of Roslyn, and Denise D. Higgins of West Chesterfield, N.H., survive, as does a brother, Samuel Di Paola of Wainscott and Brooklyn. Another brother, Rocco Di Paola of Kissimmee, Fla., died in 2009.

Five grandchildren survive as well. “She was very proud that they all went to top schools: Harvard, Yale, Cornell, Stanford, the London School of Economics,” said Ms. Higgins. They are Dr. Geoffrey Tanner of New Haven, a professor of neuroscience at the University of Connecticut; Greg Tanner of Fairfield, Conn., a financial planner; Dr. Christopher Dembia of Palo Alto, Calif., an engineer working in musculoskeletal simulation research; Anna Manning of Norfolk, Va., who works at a Reykjavek-based company in Iceland while attending the London School of Law online, and John Dellafuente of Hallandale, Fla., who works in printing and real estate. She also leaves four great-grandchildren.

Mrs. Dembia was a humanist and belonged to no church. She was cremated. The family will hold a memorial service at the Wainscott Chapel sometime this summer and will bury her ashes in the Wainscott Cemetery.