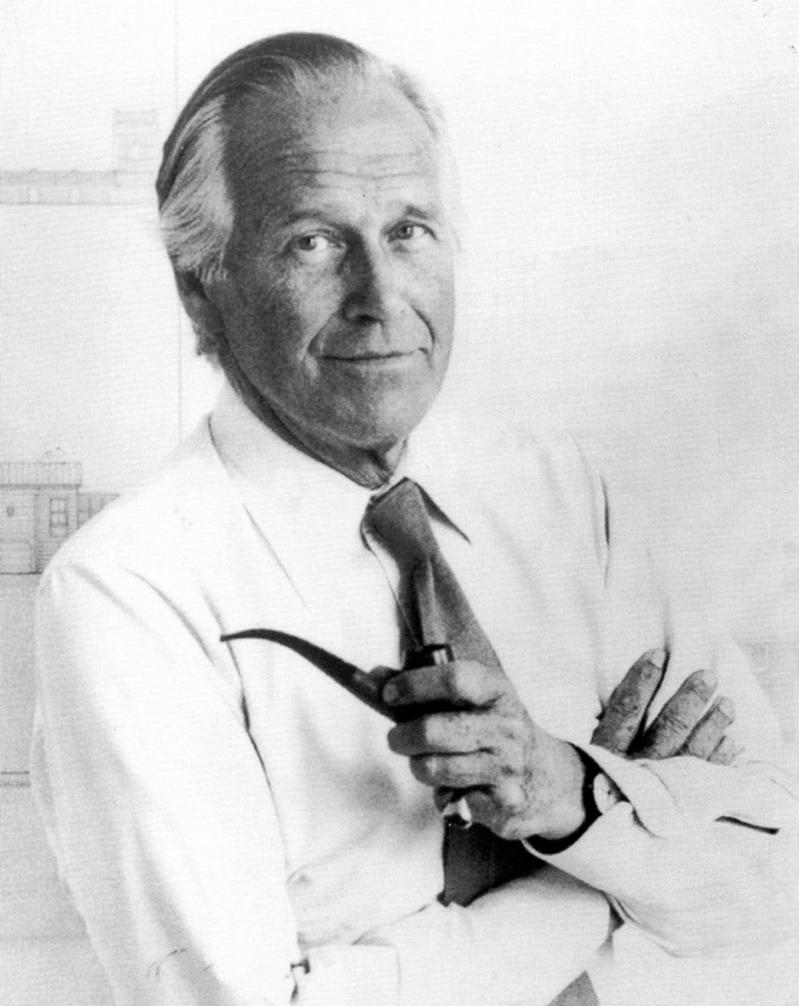 Jaquelin Taylor Robertson, an architect and urban designer whose ancestors included the presidents James Madison and Zachary Taylor, died on Saturday at his home in East Hampton of complications from Alzheimer’s disease. He was 88.

Mr. Robertson’s illustrious career ranged from serving as director of the Mayor’s Office of Midtown Planning and Development in New York to overseeing the design of a new city in Iran to a partnership with Peter Eisenman to the position of dean of the Architecture School of the University of Virginia, all before joining with Alexander Cooper, who had been a classmate at Yale, to form the firm Cooper Robertson in 1988. He retired in 2014.

Mr. Robertson was born on March 20, 1933, in Richmond, Va., to Walter S. Robertson and Mary Dade Taylor Robertson. His father, a diplomat, was a special envoy to China under President Franklin D. Roosevelt during World War II, and Jaquelin was raised in both Richmond and China.

After graduating from Yale University in 1955, he spent two years at Magdalen College at Oxford as a Rhodes Scholar. He then returned to Yale, where he received his master’s degree from the School of Architecture in 1961. Among his mentors there were Vincent Scully, Josef Albers, and Philip Johnson.

After Yale, Mr. Robertson moved to New York, where he worked for the architect Edward Larrabee Barnes. According to his wife, Anya, their marriage on Sept. 15, 1964, took place “on a romantic bluff overlooking the James River” in Virginia. She survives, as does his sister, Catherine Claiborne, of Richmond.

In the mid-1970s he was asked to direct the planning of a new city, Shahestan Pahlavi, for Shah Mohammad Reza Pahlavi of Iran and Princess Pahlavi. Three years into that project, with hundreds of architectural drawings and models produced, the shah was overthrown and the project remained unrealized.

In 1982, during his eight-year tenure at the University of Virginia’s School of Architecture, he brought together 25 architects, including Paul Rudolph, Frank Gehry, Rem Koolhaas, Tadao Ando, Robert A.M. Stern, and Philip Johnson, for a symposium that later became a book titled “The Charlottesville Tapes.” While there he also wrote “In Search of an American Urban Order,” a treatise that applied Thomas Jefferson’s architectural principles to 20th-century problems.

He left Virginia in 1988, the same year his partnership with Mr. Eisenman ended, and established Cooper Robertson in New York City. One of the firm’s best-known projects was the master plan for Battery Park City in Lower Manhattan, which won the American Institute of Architects’ urban design award in 1991. That same year, a house Mr. Robertson designed in East Hampton for Marshall Rose, a New York developer, also won an AIA design award. Among his other East Hampton projects was a new parish house for St. Luke’s Episcopal Church that was completed in 2011.

Other developments in which Mr. Robertson played an important role were the design of Celebration, Fla., a town developed by the Walt Disney Company near its theme parks, WaterColor, a planned community on Florida’s Northwest Gulf Coast, and portions of New Albany, Ohio, a prestigious suburb of Columbus.

Mr. Robertson’s honors include the Thomas Jefferson Medal in Architecture, which recognizes individuals for distinguished contributions to the field; the Richard H. Driehaus Prize at the University of Notre Dame, a global award for major contributions to contemporary vernacular and classical architecture, and, with Mr. Cooper, the Seaside Prize, which honors individuals and organizations who through design have changed the way we live.

East Hampton Samples Are a Crucial Contributor to Lyme Test
Ready to Adopt a Pet? ARF Is Ready, Too
Guild Hall's Curator Visiting Studios Virtually Through June
Seeking Stories and Images From the Time of Covid
END_OF_DOCUMENT_TOKEN_TO_BE_REPLACED