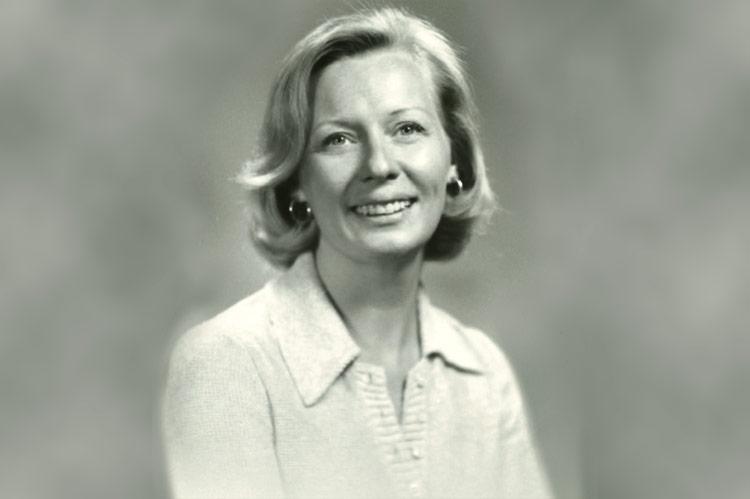 Joan Westin Wendt, a summer resident of East Hampton, was a childhood survivor of polio, a game show winner, a mother, a hostess, a civic leader, and a successful real estate agent. After a long and quite storied life, Ms. Wendt died of respiratory failure on Feb. 21 at The Gatesworth, an independent living center in Ladue, Mo. She was 91 and had been ill for three years.

In recognition of her many contributions, Sept. 4, 2007, had been declared “Joan Wendt Day” in St. Louis by the city’s mayor. She had been active in the leadership of the U.S.O. of Missouri, Dance St. Louis, Girls Inc., and Forest Park Forever.

Born Joan Clarice Westin in Chicago on June 30, 1928, she was one of two daughters of George Axel Westin and Clara Westin. Joanie, as she was known, overcame polio at the age of 5. She grew up in Kenosha, Wis., and in Chicago, where she attended Steinmetz High School and was the fashion editor of the school newspaper. It led to a merchandising position at the Marshall Field’s department store after she graduated.

It was during an evening out with girlfriends in Chicago in 1946 that she met Vernon Wendt, a tall, dark, handsome type who was wearing a discharge pin from the Army Air Corps. They were married on May 7, 1949, and settled in Park Forest, Ill. Known as a lively couple, they appeared on the popular 1950s TV game show “Beat the Clock” as the “Marshmallow Kids” and won a movie camera that they would later use to capture many happy moments.

In St. Louis, where the Wendt family moved in 1968, she began hosting memorable theme parties. There was a royal wedding affair in 1981, which was covered by ABC, CBS, and NBC, and in 2008 there was a 1960s theme party, for which Ms. Wendt (who knew Hugh Hefner in high school) dressed up as a Playboy Bunny. She was said to have looked “amazing” in her outfit.

The couple bought their first summer house in East Hampton in 1997. Ms. Wendt could often be found playing competitive games of duplicate bridge at the Devon Yacht Club in Amagansett.

Ms. Wendt was cremated. There will be two celebrations of her life, complete with champagne toasts. One will be on May 2 at 5 p.m. at the St. Louis Club, and the other on June 20 at 4 p.m. at the Devon Yacht Club.

Her family has suggested memorial donations to Girls Inc., online at girlsincstl.org, and written remembrances at [email protected] are wel­comed.