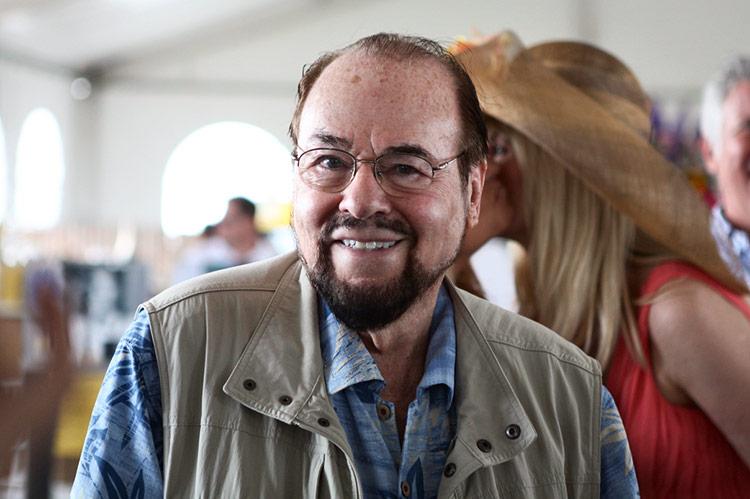 James Lipton, the renowned host of the television series “Inside the Actors Studio,” died on Monday at home in Manhattan. He was 93 and had bladder cancer.

While Mr. Lipton was a writer, actor, pilot, and equestrian during his long career, he achieved his celebrity status as the host of the Bravo series, which ran for 277 episodes, was nominated for 18 Prime Time Emmys, and won an Emmy for outstanding information series or special in 2013.

The Actors Studio was founded in 1947 in New York City as a place where theater artists could gather to explore new and deeper connections to their work. During the 1950s, under Lee Stras­berg’s direction, it attracted such established and future stars as Marlon Brando, Marilyn Monroe, Paul Newman, Dustin Hoffman, and Al Pacino. But by the 1990s, with no source of income, it was on life support.

While he never studied at the Actors Studio, Mr. Lipton was trained by such proponents of the Stanislavski Method as Stella Adler and Harold Clurman and was a colleague of many studio members. It was Norman Mailer and George Plimpton who “dragooned me into the Actors Studio — when it was faced with possible extinction,” he told an audience at a 2007 Bridgehampton reading of his memoir, “Inside Inside,” that was attended by The Star’s Elizabeth Fasolino.

At Mailer and Plimpton’s urging, he attended a session at the studio. “I was quickly and happily seduced,” he wrote in “Inside Inside,” and that led to his proposal that the studio develop an academic program that could be affiliated with an existing university for a source of revenue. As a result, it joined the New School in 1994, remaining until 2006, when it moved to Pace University. “Inside the Actors Studio” premiered on Bravo in 1994 and continued until last year.     Mr. Lipton and his wife, Kedakai Lipton, split their time between New York and Bridgehampton, where he wrote “Inside Inside” over a two-year period. Despite his sharing a very public orbit with celebrities, he was more deeply involved with the life of the South Fork than most. He was an enthusiastic pilot, having attended military flight school, but it wasn’t until after training at East Hampton Airport that he received his pilot’s license in 1980.

He was also a competitive equestrian whose show jumping career ended in 1999 after a fall while training for the Hampton Classic. While he remained a loyal attendee of the event, “to this day I miss the sport,” he told The Star’s Jack Graves in 2004. “The Classic is beautifully organized, a lovely show.”

Mr. Lipton was also a fixture at East Hampton’s Artists and Writers Charity Softball Game. “I’ve played second base — badly,” he told The New York Post in 2011. “I no longer play, but I now provide color at the microphone.” After Plimpton’s death he served as the M.C. of the Boys Harbor Fireworks benefit and, between 1973 and 1975, at the suggestion of the actress Gwen Verdon, he wrote, produced, directed, and hosted a series of dance benefits at Guild Hall.

Louis James Lipton was born in Detroit on Sept. 19, 1926, to Lawrence Lipton, a journalist and Beat poet, and the former Elizabeth Weinberg, a teacher and librarian. When he was 6, his father left the family, and he and his mother lived with his grandparents for several years.

He worked as a journalist, a ballet dancer, an actor, and a writer, in addition to stints at Wayne State University, in the Air Force, and at Columbia University. In New York he studied acting with Adler and Clurman, and over the years had a variety of acting jobs, ranging from the soap opera “Guiding Light” to the comedy “Arrested Development” to appearances or voiceovers as himself on “Glee,” “Saturday Night Live,” “The Simpsons,” “Family Guy,” among others. He also produced the telecast of Jimmy Carter’s inaugural gala and many Bob Hope birthday specials.

He wrote scripts for several soap operas, the librettos for two Broadway musicals, a novel, “Mirrors,” and “An Exaltation of Larks,” a compendium of pithy, often poetic, turns of phrase.

His interviews focused on craft, not gossip, and were conducted from behind a small desk and a stack of blue index cards containing his questions. His veneration for his subjects was criticized by some as obsequious and provoked parodic impressions by Will Ferrell on “Saturday Night Live” and Will Sasso on “Mad TV,” among others.

Mr. Lipton was married briefly to the actress Shirley Blanc, and then, from 1954 to 1958, to the actress Nina Foch. He married Kedakai Turner, a model, in 1970. They met at a ballet, after which he “resolved to spend the rest of my life with her if she’d have me,” according to his memoir. She is his only immediate survivor.