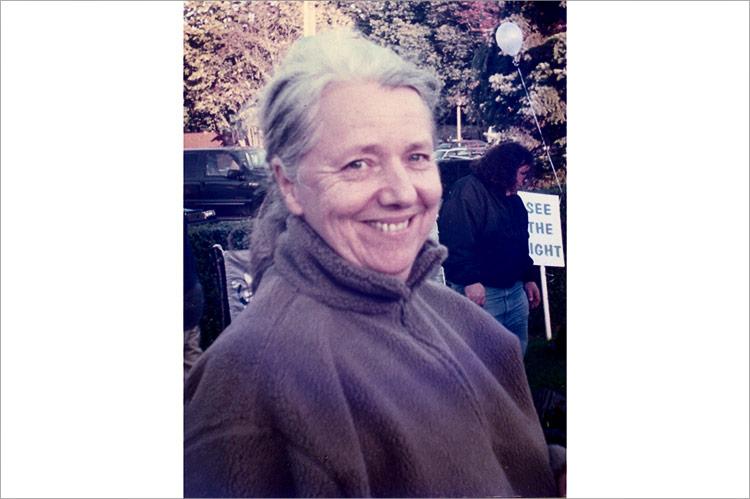 Janet Katherine Windsor Hand, an artist, died of breast cancer on Friday at home in Wainscott. She was 74 and had been ill for eight months.

Born on April 15, 1945, in West Kirby, England, to John Lawrence Smith and the former Christine Berry, she grew up in nearby Hoylake and graduated from Howell’s School in Denbigh, and later from a secretarial school in London.

In 1974, she married Albert C. Hand Jr., a member of a Wainscott farming family. She had helped her husband run the farm. Mr. Hand died in 1994.

She loved knitting, and was a member of St. Ann’s Episcopal Church in Bridgehampton.

She is survived by two sons, Jeffrey Hand of Wainscott and John Hand of North Reading, Mass. A sister, Ann Gray of Cheadle Hulme, England, and a niece also survive.

The Rev. James Erwin will officiate at a memorial service on March 5 at 11 a.m. at St. Ann’s Church. Ms. Hand was cremated, and her ashes will be buried in the Hand family plot at the Wainscott Cemetery as well as in Hoylake, England.