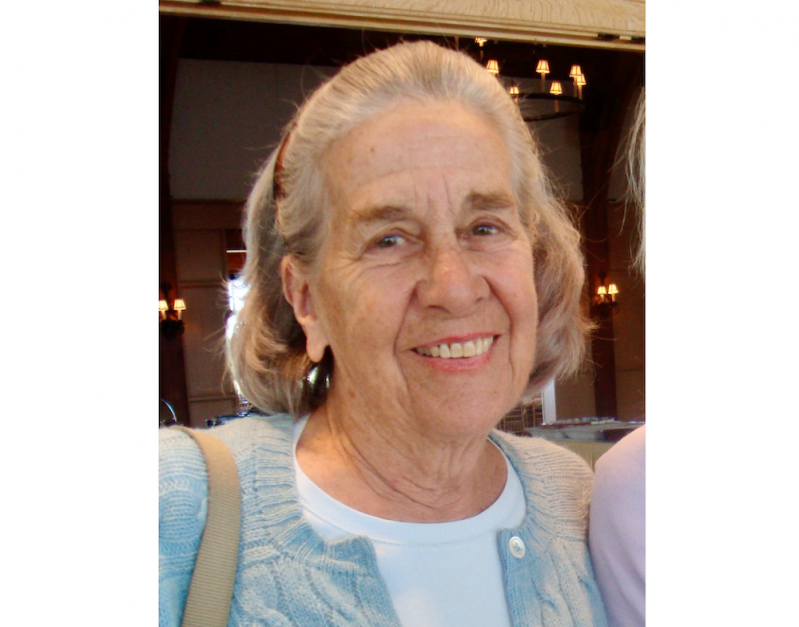 Patricia Skidmore Kyle, a Mad Men-era advertising, promotions, and merchandising executive at Ladies Home Journal, Time Inc., and Conde Nast, died of complications of pneumonia on Dec. 8 at the Peconic Landing retirement community in Greenport. She was just 20 days short of her 90th birthday.

A lifelong resident of East Hampton, Mrs. Kyle was also a much-loved wife, mother, friend, and active community volunteer, a "true lady of a bygone era," said her daughter, Sandra McManus. "She was an amazing woman and had such class," said Kim Nichols, the development director at the Retreat. Mrs. Kyle helped manage one of the domestic violence shelter's biggest fund-raisers, a golf outing, for many years.

Born on Dec. 28, 1930, in Summit, N.J., to Emma Pattison Skidmore and James B. Skidmore, who was the mayor of East Hampton Village from 1967 to 1971, Mrs. Kyle's fondest memories were of her family's Dunemere Lane home, where she spent every childhood summer and weekends, vacations, and holidays thereafter. During the Hurricane of 1938, her favorite climbing tree was blown down. It was only three feet from the ground, but the 8-year-old was determined to climb it once more. That was the only time she ever fell off it, the family said. She broke her arm, which didn't stop her from playing on a summertime baseball team later on.

Mrs. Kyle attended the Kent Place School in Summit before moving for her last year of high school to Manhattan, graduating from the Chapin School. She studied early childhood education and psychology at Sarah Lawrence College and became engaged to her first husband, Staley Tregellas, just before graduating. She went on to teach second grade at the Brearley School in Manhattan for a year and married in 1952.

In 1958 she began to appear in television commercials, including two for Greyhound Lines, and had minor roles in TV dramas such as "The U.S. Steel Show," "Westinghouse Presents," and "Car 54, Where Are You?" Later, encouraged by an old East Hampton friend, Gracie Harris Knipe, to come work with her in the magazine business, Mrs. Kyle went on to become a promotion and merchandising executive for leading magazines.

She ended her career at Conde Nast, where she directed group advertising sales for 14 magazines. A member of the board of Advertising Women of New York, among other trade groups, she was ahead of her time in breaking the glass ceiling as a female executive and department head. Her own mother, she once wrote, "was somewhat horrified that I had a full-time job, but I absolutely loved working."

Mrs. Kyle continued to spend much time in East Hampton all her adult life until she retired in 1995, when she and her second husband, Robert Kyle, moved here full time. The couple loved to travel, and went to destinations as diverse as China, Central America, and Europe. Mr. Kyle died in 2003.

Mrs. Kyle moved to Peconic Landing in 2013, but maintained a residence in East Hampton and considered it home. She was a lifelong member of the Maidstone Club, where she played tennis and golf in the summer and paddle tennis in the winter. She served on the Maidstone's board from 1994 to 1997, its first female member, and was a past president of the board of the East Hampton Garden Club. She also served on the boards of East Hampton Meals on Wheels and Neighborhood House, where she did after-school tutoring.

Her family was her first priority, said Ms. McManus. After she retired, she hosted lunches, dinners, beach picnics, birthday shopping trips, Christmas-in-July parties, golf, and other amusements with her children and grandchildren. One of her greatest joys was taking all the children, grandchildren, and a niece, Cathy Shraga, who was "like a daughter," out to lunch and then to a Broadway matinee just before Christmas, a family tradition for 20 years.

In addition to Ms. McManus, who lives in Vero Beach, Fla., she leaves a son, Tylor Tregellas, of New Canaan, Conn. Both Ms. McManus and Mr. Tregellas now have their own houses in East Hampton as well.