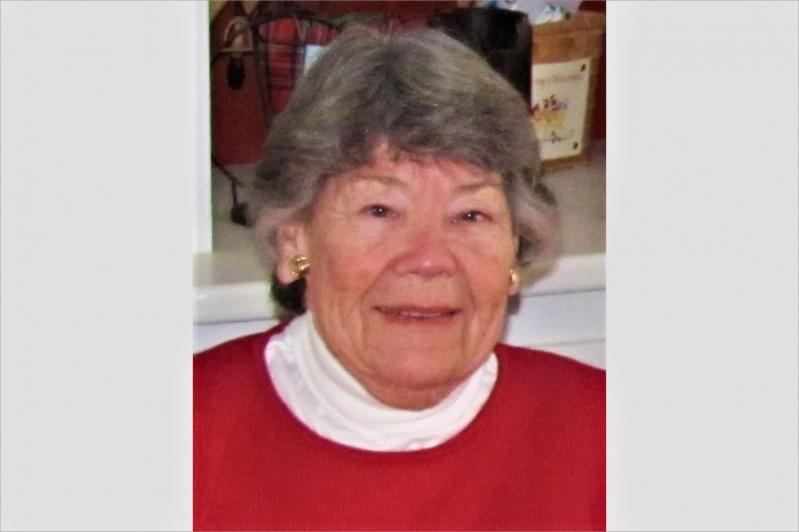 Marianne Bernadette Egan Ketcham, formerly of Springs, died on Friday at the Chautauqua Nursing and Rehabilitation Center in Dunkirk, N.Y. She was 87 and had been ill for six years.

Living here from 1985 to 2015, Ms. Ketcham frequently worked as an election inspector and loved camping in Hither Hills, among other places, with her family. She once made an eight-week, cross-country trek that her family said was her most memorable trip. Also an avid gardener, she loved "sharing" her flowers with the deer that visited her property in Springs, her family said.

She was born on Jan. 7, 1933, in Glen Cove. Her parents, James F. Egan and the former Edna Coddington, raised her in Locust Valley, along with a brother and a sister. She graduated from Our Lady of Mercy Academy in 1950 and went on to study at Hofstra University.

Before marrying Richard H. Ketcham Sr. in May of 1952 at St. Patrick's Church in Glen Cove, Ms. Ketcham had a career in New York City as a comparison shopper for department stores including Lord and Taylor, Gimbel's, and Bloomingdale's.

At the time of their marriage Mr. Ketcham was in the Navy, so the couple moved among places such as New London, Conn., Great Lakes, Ill., Charleston, S.C., and Norfolk, Va. Mr. Ketcham was discharged in March 1955 and went to work at IBM. The couple ended up in New City, in New York's Rockland County, for 24 years before moving to East Hampton. In 2015 they moved again, to Fredonia. Mr. Ketcham survives.

While they lived in Rockland County, Ms. Ketcham continued working in retail and was circulation manager for the Rockland Leader, a local newspaper.

Ms. Ketcham's family said they were grateful to the caregivers and doctors at Fredonia Place, the Chautauqua Nursing and Rehabilitation Center, Brooks Memorial Hospital, and Chautauqua Hospice and Palliative Care for their loving care in Ms. Ketcham's later years.

A funeral Mass at the Holy Trinity Church in Dunkirk and burial at Calverton National Cemetery will be private due to Covid-19. A celebration of life will be planned in the future. In the interim, online condolences can be made at larsontimkofuneralhome.com. The family has suggested donations in Ms. Ketcham's memory to the Alzheimer's Disease Research Center, P.O. Box 1950 in Clarksburg, Md., 20871, or to the Fredonia Fire Department at 80 West Main Street, Fredonia, N.Y. 14063.

Trees, Wreaths for Sale in Amagansett
Holiday Cheer Is Coming to Sag Harbor
Even More Thanksgiving Options From the Pike and Old Stove
END_OF_DOCUMENT_TOKEN_TO_BE_REPLACED