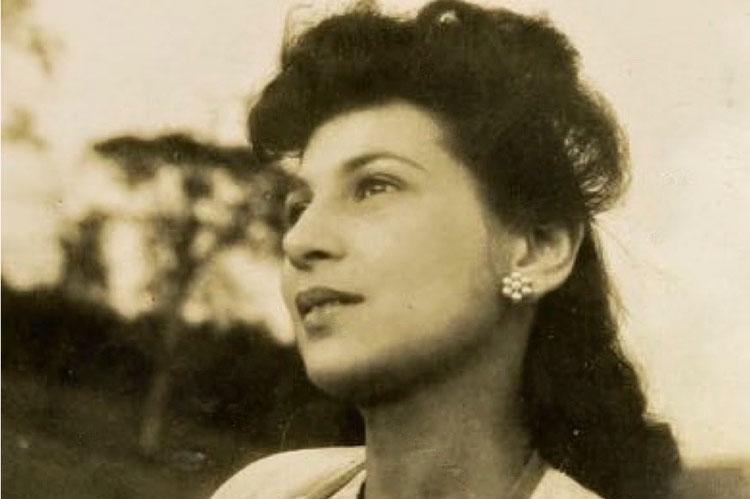 Annie Solomon, who, with her husband, the artist Syd Solomon, was at the center of the South Fork art scene from the 1950s through the 1970s, died on Friday in Sarasota, Fla. She was 102.

She was born Ann Francine Cohen on June 17, 1918, in Uniontown, Pa., a daughter of Leonard Cohen and the former Rosie Davis. Her youth was uneventful, or, to put it in her words, "very, very dull," but when she met her future husband at a cousin's wedding in June of 1940, "that was it."

He enlisted in the Army in July 1941, six months before Pearl Harbor was attacked. They married three weeks after the attack and had a short honeymoon in Miami, then lived on Army bases in Richmond, Va., Carmel, Calif., and Bangor, Me. before he went overseas. When the war ended the couple moved to Miami, but soon decided it was not for them, and on New Year's Eve 1945 they started out on a trip to Colorado, where Mr. Solomon had been offered a teaching job. At dawn they arrived in the little fishing town of Sarasota, on Florida's Gulf Coast, and decided to stay.

In the early years, as Mr. Solomon's career progressed, his wife's renown as a bringer-together of people grew. The salons she presided over at their house and studio on Phillippi Creek attracted not only all of Sarasota's artists and authors, but very soon people from cultural capitols around the world, among them the writers John D. MacDonald, MacKinlay Kantor, Budd Schulberg and Borden Deal, and the artist-nun, Sister Corita Kent. The orchestra leader Mitch Miller was a frequent guest, as was the film director Elia Kazan. Their daughter, Michele, was born in 1948; their son, Mike, in 1956.

The Solomons got involved in the South Fork art community in the mid-1950s. To East Hampton, they brought the idea that parties can and should be much more than sipping martinis. The first Artist vs. Writers softball game was played on their East Hampton property in 1966. They held an annual artists' Fourth of July picnic at Georgica Beach in East Hampton from 1961 to 1969. With Gaby Rodgers, an actress and director, and the songwriter Jerry Leiber, they co-produced five summers of plays and performances at their house or at nearby venues, including plays by Frank O'Hara, Kenneth Koch, John Jonas Gruen, and Patsy Southgate. Artists designed the sets and costumes and acted in the productions.

In the 1960s, the Solomons helped import the New York art world to Sarasota. They held an annual bocce tournament that went on for a month, played on the beach at their house on Midnight Pass.

Mr. Solomon was the obvious art star, and Ms. Solomon, if less obviously, was his fervent champion. She worked with gallery owners, curators, and museum directors organizing exhibitions, lectures, and tours of his work.

Her cooking was legendary. Many well-known cookbook writers came to parties to sample her creations, hoping to get a recipe, but like her husband she worked spontaneously. Requests for recipes were simply laughed away, her son recalled.

She dressed creatively and had an intuitive fashion sense. With a background as a saleslady in her father's dress shop, and then her connection to the world of color through art, she developed her own unique, fashion-forward style. She loved mixing colors, patterns, and textures, creating works of art with her outfits, often topped with a hat from her large collection.

For decades, at the end of each day, she would have a shot of freezer-chilled tequila that she said had to be "100 percent agave." Her beloved doctor, when first interviewing her, was astonished at the shape she was in for her age. He took a notepad from his shirt pocket and asked: "Is there anything you do special that you think accounts for your extraordinary health?" She told him about her tequila ritual. Putting pen to paper, he asked, "Which brand?"

Ms. Solomon had great empathy for people and their troubles. Over the years she took in a number of depressed writers, sometimes for weeks at a time, giving them solace and sustenance.

His mother's great interest in other people was the foundation of her charm, Mike Solomon said. She always had great enthusiasm for what others were up to. She did not often talk about herself. Like her father, she read constantly and voraciously.

She absolutely loved Ruth Bader Ginsburg. For her 100th birthday party, Ms. Solomon had a celebration to honor Justice Ginsburg. A custom T-shirt was designed with the justice's picture. It was worn by many of Sarasota's most progressive women -- Ms. Solomon's friends.

Ms. Solomon is survived by her son, who lives in Southold, and daughter, Michele Young of Greenville, Tenn., as well as three grandsons, Malik Solomon, Noah Young, and Jordan Young, and two great-grandchildren, Hadassah and Benaiah Young.