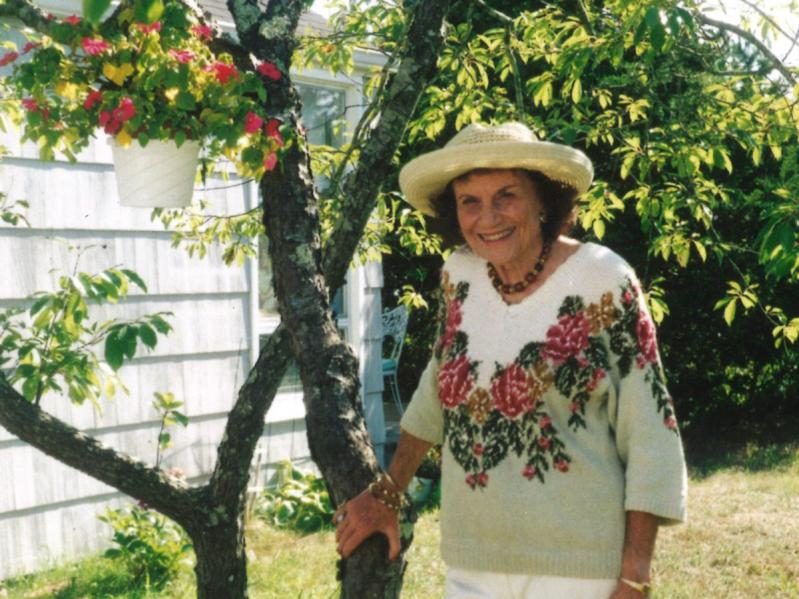 Vivian Roberts Moss, a television writer and producer from the early days of the medium, died at home in Amagansett on April 16. She was 99. Ms. Moss worked in radio first, in Washington, D.C., as a writer for the government during World War II. When the war ended, she returned to her native New York City and married George Willard, an announcer for WMCA radio. The couple moved to Boston and brought up two daughters there. The marriage ended in divorce, and with her children she returned again to New York, where she started writing for the radio quiz show “Strike It Rich,” and later for the “The Big Payoff,” a television game show that featured Bess Myerson, a former Miss America. In 1955, she married Bernard L. Moss, an engineer, and became a stepmother to his two young sons. The family lived in suburban New Jersey, where Ms. Moss would write, produce, direct, and sometimes star in local theater and school productions. She also commuted daily to New York to work as a television writer. When she and her husband bought a historical house in North Caldwell, N.J., she filled it with flamboyant décor: fuchsia silk sofas, a large marble fireplace mantel, a baby grand piano that had been hand painted gold. The unique design was featured in Architectural Digest magazine. After her second marriage also ended in divorce, she moved back to New York, where she worked for Medcom, a company that produced educational and training materials, including films, for health care providers and consumers. While there, she produced “The Body Human,” a TV documentary series that explained how the body functions. She earned Emmy and Peabody Awards for the program. She was later hired by Bob Guccione, the publisher of Penthouse magazine, to develop and produce “Omni: The New Frontier,” a science TV show hosted by Peter Ustinov. She then became director of Penthouse Films and Video, for which she would produce and direct media focused on sex and science. Her colleagues said she always maintained a kind and generous disposition even though she had encountered sexism throughout her career. She recounted such experiences in a memoir, “The Boob Tube: A Woman’s Battle in the TV Wars,” which came out on her 90th birthday.Ms. Moss was one of the founding members and served on the board of directors of New York Women in Film and Television. She and her daughter Barbara Moss, who survives her, were the first mother-and-daughter duo to serve on the board. Born on June 27, 1919, in a fourth-floor walk-up apartment in the Bronx to the former Rose Bloch and Abraham Roberts, she grew up sharing her parents’ love for opera and theater, especially her mother’s renditions of Russian folk songs and “Un bel di, vedremo” from “Madame Butterfly,” which had been sung to her as lullabies. After graduating from James Monroe High School in the Bronx at 16, she attended Hunter College as a biology major, and volunteered in the labs at Beth Israel Hospital. Her family said she would often remark that the smartest investment she had made was the house she bought on Treasure Island Drive in Amagansett. While living there, she loved clambakes and beach outings. She was a member of the Ashawagh Hall Writers Workshop, the Artists Alliance of East Hampton, Guild Hall, Bay Street Theater, and the Amagansett Library’s book discussion group. She enjoyed taking part in activities at the East Hampton Senior Citizens Center.In addition to her daughter, who lives in New York City and Amagansett, she is survived by two grandsons and a nephew. Her older daughter, Katherine Eve Davis, died before her. A celebration of her life is to take place at a later date.