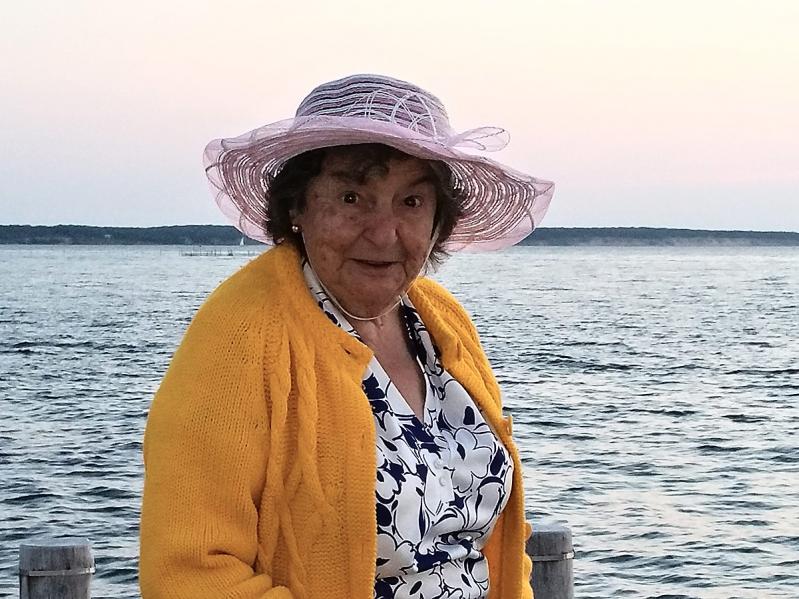 Amelia Vilar of Springs, a former manager of Nassau Hospital’s food services division, died on May 8 of complications of pneumonia while on vacation in Portugal. She was 85. She met Manuel Joaquim Da Silva Vilar, the man she would marry, in 1957 at a friend’s backyard barbecue. He survives her.In 1965, she and her husband, who would buy, renovate, and sell houses, bought land in Clearwater Beach, Springs, and built the house where they would raise their son, Manny Vilar, a first sergeant in the New York State Parks police and chairman of the East Hampton Town Republican Committee.Before working at Nassau Hospital, she was a cashier at Bohack’s supermarkets in East Hampton and Mineola. She was also active in charity work. Mrs. Vilar enjoyed tending her garden, and would regularly give the vegetables she had grown to family and friends. She would also make jams, jellies, and tomato sauce from the produce. She was fond of fishing with her husband and other family members and could often be found on the boat, pole in hand, her son said. Born on May 27, 1933, in Jamaica, Queens, to Frank Branco and the former Monica Eninger, she was the middle child of three.In addition to her husband and son, she is survived by six grandchildren. Her siblings, Ana Bartoller and Frank Branco, died before her. A funeral Mass will be said at noon today at Most Holy Trinity Catholic Church in East Hampton, the Rev. Peter Garry officiating. Burial will follow at the church cemetery.The family has suggested memorial donations to the Springs Fire Department, 179 Fort Pond Boulevard, East Hampton 11937.