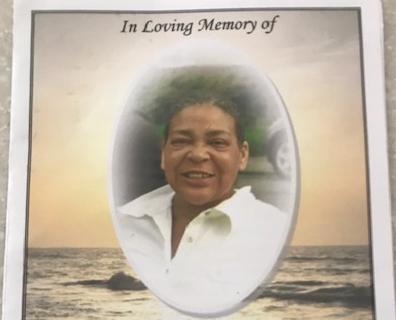 Jacqueline Ann Meacham Lattimer, who was known as Jackie, died at the age of 61 on April 24 while camping, a favorite pursuit, near Carlisle, Pa. Her death was attributed to a heart attack.She was described by family and friends as a religious person who would pray, study, and meditate whenever she could. They suggested checking her Facebook post of Dec. 26, 2018, for an understanding of her beliefs.She was born in California on Aug. 27, 1957, to the former Barbara Brewer Person and Lewis H. Meacham. She grew up on Norris Lane in Bridgehampton, among a large and nurturing family, including Fannie Crawford, a grandmother to whom she was close, and she attended the Hampton Day School in the hamlet. There, she developed a love of art, writing, and animals, her family said. Her mother taught her to play the piano and she taught herself guitar. After graduating from high school, she moved to Atlanta to be near her father, and while there attended Clark Atlanta University as an English major. She was known to keep a daily journal. She returned to Bridgehampton in 1979 but later moved to the Hempstead area, where she worked at South Nassau Communities Hospital and met and married Waddie (Butch) Lattimer Jr. on June 27, 1987. He and their son, Waddie Lattimer III, survive.Ms. Lattimer was devoted to reading and enjoyed radio programs ranging from politics to jazz and R&B. Her family called her an adventurer and said that after the birth of her son she took up photography and was never without a camera, capturing many aspects of family life, such as outings to the ocean as well as barbecues, weddings, and funerals. She and her husband were known to research topics related to her Native American heritage and a wide range of other topics, from car parts to how to fix leaky faucets. According to her family, Ms. Lattimer was frugal, always looking for ways to cut corners and save hard-earned money. She was devoted to her mini Doberman, Pedee.In addition to her husband of 31 years and their son, Ms. Lattimer is survived by a brother, Lewis (Hank) Meacham, and a sister, Penny Meacham, as well as a niece, a nephew, and a great-niece. A service was held on May 7 at the Church of God in Christ Jesus of the Apostles Faith in Rockville Centre, the Rev. Samuel Adu officiating. Burial took place at Greenfield Cemetery in Uniondale.