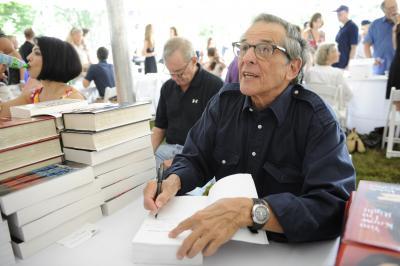 Robert A. Caro signed books at a past Authors Night.
By Christopher Walsh