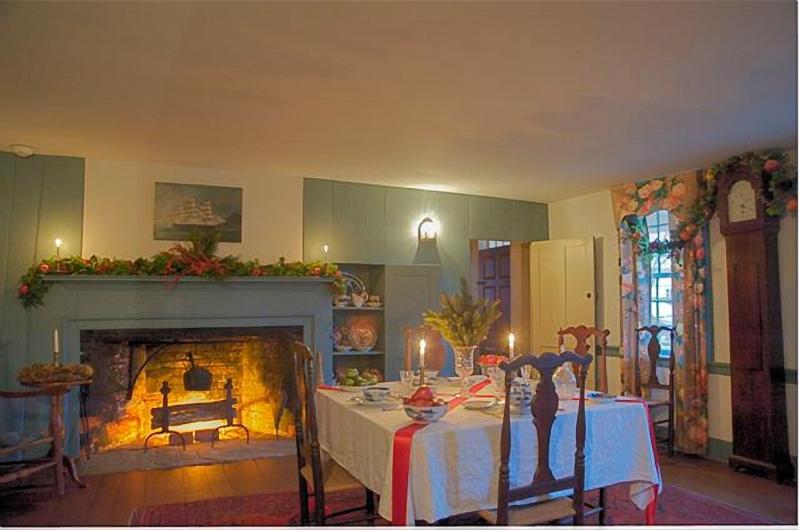 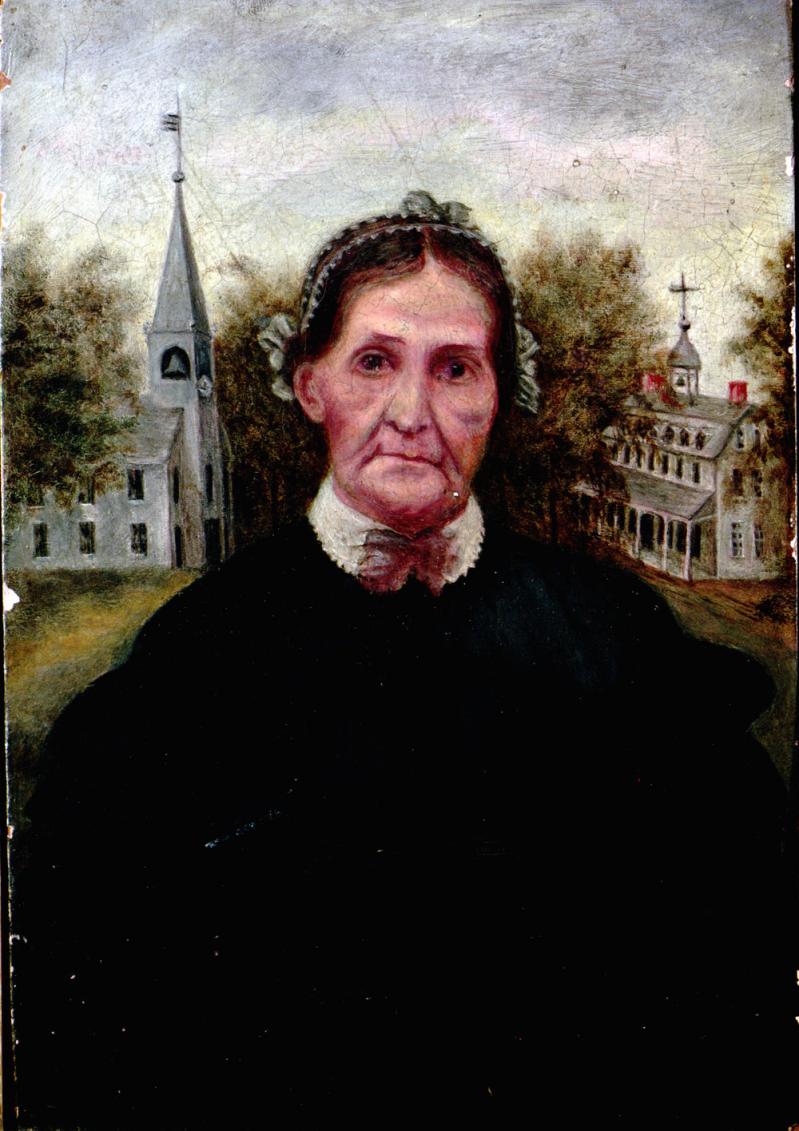 The dining room of the Osborn-Jackson House in 2012.
Stanley Rumbough
By Colette Gilbert

The Osborn-Jackson House is a historic treasure, dating back to 1723, in the heart of East Hampton Village. It was the home of the Osborn family for six generations until it was given to the East Hampton Historical Society in the 1960s.

During the holidays, the staff at the historical society decorate the rooms in 18th and 19th-century finery, in preparation for holiday programs and tours. Weeks are dedicated to this effort, and the good will of the season seems to grow with each Christmas box brought down from the attic.

The decorations are placed with a careful eye to recreate a warm and welcoming Colonial home. Evergreen boughs with apples and oranges nestled among the branches dress the mantel over the ancient hearth. Garlands are hung, beribboned with rich color and baubles.

Finally, the dining table is set, with all the best the old house can offer.

The fine linens are hand-laundered and crisply pressed before being placed on the table. The Osborns' heirloom china, goblets, porringers, and silverware all take their place among a centerpiece of oranges and evergreens — the picture of Christmases past — while Victorian carols play softly in the background.

An orange light is placed behind stacks of wood in the fireplace. When plugged in, it bathes the room in a warm glow: the finishing touch to the quaint tableau. With the details complete, the staff turns off the lights, sets the alarm, and heads home for the night.

One year, at 6 p.m., dinner time, the alarm system at the Osborn-Jackson House began to ring.

The police, security companies, and the director were called in to respond. Upon inspection, it was found that a motion sensor had been set off in the dining room. Yet there was no evidence of movement found, nothing in the house that could have done it.

The alarm was reset.

This became a routine that holiday season — 6 p.m., motion detected, alarm bells, security phone call, police and director returning to work, thoroughly checking locks and windows and fire alarms. Nothing would be found out of the ordinary — no reason for an alarm to sound. Arms crossed around their chests, they nodded at speculations of humidity, old pipes, or a wandering spider weaving its web.

It became a hot topic of discussion at the historical society. The staff debated what could possibly continue to cause the disruption. One person suggested that since it was in the dining room, and always at 6 p.m., it must be a hungry ghost.

Through the years it was rumored that the Osborn-Jackson house has been haunted by the phantom of Frances Huntting, "Aunt Fanny," who was the spinster sister of Mrs. Mary Osborn while they occupied the house in the mid-19th century. Aunt Fanny was a beloved citizen of East Hampton. In the 1880s her health began to fail, and she was confined to the house, no longer able to walk. Yet "Auntie Fan" was never bored or lonely. A constant stream of visitors, boarders, and well-wishers filled the house.

The sunny southern parlor and elegant dining room were where you would find her holding court, exchanging gossip and stories of the day. Boarders and visitors from the city may have entertained her with stories of the new Metropolitan Opera House or that lively music sensation called ragtime, the news of the world brought to her as she sat in a comfortable chair, looking out the window onto Main Street.

Many of those who have worked at the Osborn-Jackson House have seen a woman dressed in Victorian costume looking out the window of the dining room. Occasionally the staff, when walking through the dining area, would smell a faint scent of lemon verbena, said to be a favorite of the lady.

"Hungry ghost," I thought of Auntie Fan, haunting her house.

What must she think of droves of people traipsing through her dining room, led by a tour guide giving a narration of her life!
Then, it made perfect sense. We were conjuring her spirit every time we gave a tour of the house, bedecked in festive greenery with the Christmas table set and ready for a party. Maybe it was our dear Fannie, finally able to step lightly to a holiday waltz, who tripped the motion detector. I'd like to believe that.

All those decorations, all that history, all beautifully presented, would make any ghost hungry for a plate of richly seasoned memories, sweet and savory family stories, all served hot at the dinner table of the past.

Colette Gilbert is a former curator of education at the East Hampton Historical Society.

Mashashimuet Park's History and Future
A Conference for Young People to Create Solutions
Get Outside, Get Moving
END_OF_DOCUMENT_TOKEN_TO_BE_REPLACED