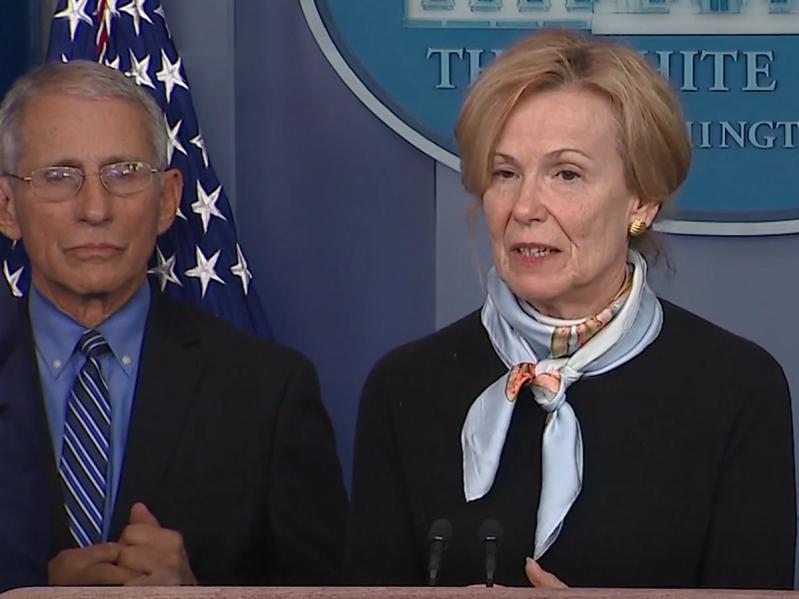 Speaking at the White House on Tuesday, Dr. Deborah Birx, a member of the coronavirus task force, said that anyone who had been in New York City and left for another area should self-quarantine for two weeks. This is the first such request affecting people traveling within the United States.
By David E. Rattray

East Hampton Town police have said that anyone who has been in New York City recently should self-quarantine at home for 14 days.

In a message posted online last night, the department followed a recommendation from the White House Coronavirus Task Force.

The quarantine advisory is to "drastically reduce the risk of community spread in East Hampton," police said. "Be a good neighbor and a responsible citizen, self-quarantine now. We only have Southampton Hospital to serve the entire South Fork," it said.

On Wednesday, Dr. Deborah Birx, the coronavirus response coordinator, said that the sudden appearance of COVID-19 in clusters on Long Island suggested that people leaving the city may have carried the virus with them.

“Everybody who was in New York should be self-quarantining for the next 14 days to ensure the virus doesn’t spread to others no matter where they have gone, whether it’s Florida, North Carolina, or out to far reaches of Long Island,” she said."

The advisory, while stopping short of a mandatory order, follows previous responses for travelers coming from hot spots abroad such as China and Italy. As much as 60 percent of new cases in the United States during March have been in the New York area, she said.

Hospitals across the state have been scrambling to add ventilators and protective equipment to prepare for a feared surge in cases.

East Hampton Samples Are a Crucial Contributor to Lyme Test
Ready to Adopt a Pet? ARF Is Ready, Too
Guild Hall's Curator Visiting Studios Virtually Through June
Seeking Stories and Images From the Time of Covid
END_OF_DOCUMENT_TOKEN_TO_BE_REPLACED