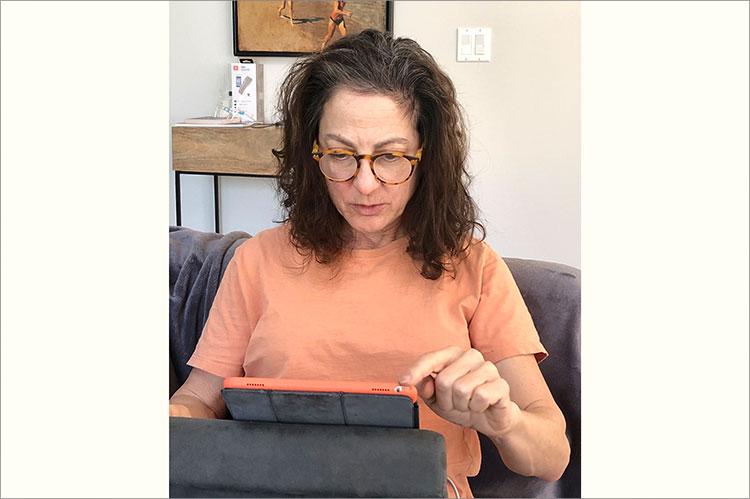 Armed with a computer, an internet connection, and a humanitarian streak, East End residents who have become adept at using New York State's website for booking Covid-19 vaccine appointments are helping others get their shots.

Jill Musnicki, a Sag Harbor resident, has thus far helped about 100 people land appointments. "It started when I was adamant to get my mom an appointment," she said. "I got hers pretty quickly and then I said, 'Mom, give me all your friends. Let's get as many as we can.' I kind of got into the groove. I figured it out, well, not really figured it out, but I was able to do it quickly." Ms. Musnicki has posted tips on booking appointments on her Facebook page.

Although there are several state-run vaccination sites, Cori Krane of East Hampton, who has gotten appointments for about 70 people in the past week, said the key to finding success on the state's website is to focus on one site ╤- she's currently zeroing in on the one in Stony Brook -- and to obsessively reload the web page. "My partner says I have attention surplus disorder," she said. "It's like anything else, if you put enough time into it, you get good at it."

Ms. Krane has been offering her appointment-booking services on Facebook on the Covid Vaccine Help New York, Bonac Work Force, and Free Cycle East End pages. "I'd like to help as many people as possible, and especially those with the greatest need," she said in a post on Monday.

Those seeking to have Ms. Krane book an appointment for them must provide her with the personal information the state requires, including full name, address with ZIP code, telephone number, email address, and date of birth.

"It's a little unnerving to give your personal info to someone you don't know, but she's so sincere and warm, and she's doing it from the goodness of her heart," said Michelle Zagari Geluso, an Oceanside resident for whom Ms. Krane booked an appointment. Ms. Geluso, who has multiple sclerosis, had a March 31 appointment at a Jones Beach site, but her neurologist told her she needed a first dose by March 1 so that she could be fully vaccinated in time for a scheduled M.S.-related treatment. Ms. Krane found her an appointment at the Aqueduct site on Feb. 27.

"Thank you again for your help and for taking my circumstances into consideration," she later wrote to Ms. Krane on Facebook.

Jennifer Cohen, a Merrick resident, has been offering her assistance on the Covid Vaccine Help New York Facebook page, and, after an East End resident spread the word about her prowess at booking appointments, she's been fielding multiple requests from other locals. "The Hamptons has become my area now," she said. "I get calls and texts all day."

The trick to getting appointments on the state's website, she said, is to closely watch the clock. "The appointments seem to post at two minutes after the hour, and then in six-minute intervals after that."

Valerie Smith, the owner of the Monogram Shop in East Hampton, who got Ms. Cohen's cellphone number from friends, recently sent her a text. "She responded immediately, secured me a spot at Stony Brook on April 4, and she is trying to get one sooner," Ms. Smith said. Earlier this week, Ms. Cohen found her an appointment for today at Stony Brook.

"Then, because I'm such a brat, I called her back and said 8:15 a.m. is awfully early to get to Stony Brook," said Ms. Smith, who called Ms. Cohen an angel. "I think it's fascinating that someone would spend all this time on strangers."

"The other day I got an appointment for a 99-year-old woman who didn't even have a computer," Ms. Cohen said. "How could I sleep at night if a person is desperate for an appointment? I can't."

People are so eager to be vaccinated that they have had no qualms about handing over their personal information, she said, but she recommended doing a bit of online research on the person offering to help before handing it over, and to ignore anyone asking for unnecessary data such as a credit card or Social Security number.

"These people are trusting us, but I promise we're good people," Ms. Cohen said of the volunteers she's gotten to know on the Facebook page.