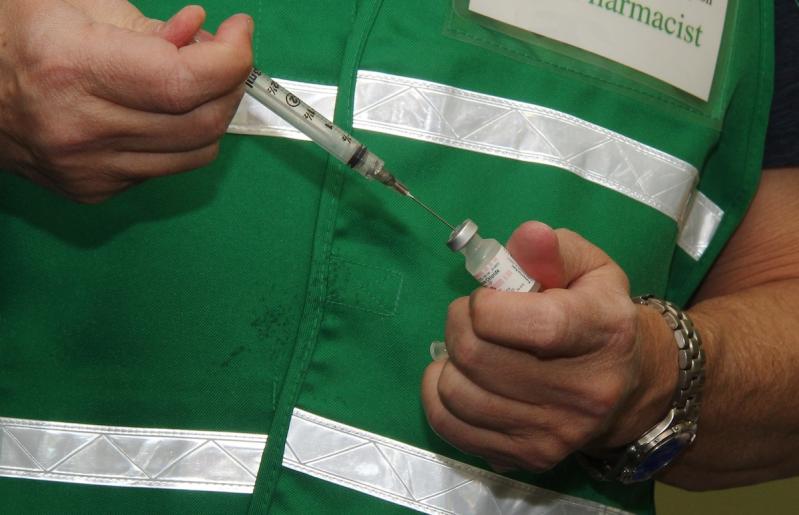 New Yorkers 30 and older will be able to get the Covid-19 vaccine starting on Tuesday, and everyone 16 and older will be eligible on April 6, the state announced Monday. At the same time, the number of East End vaccination sites seems to be keeping pace with increased eligibility.

Thousands of East Enders received first or second doses of the vaccines at clinics held over the past five days in East Hampton, Southampton, Southold, and Riverhead Towns, and more clinics are scheduled to begin offering vaccinations this week.

Sag Harbor Village is opening a clinic at the American Legion building on Bay Street, and will administer 100 doses of the Moderna vaccine on Tuesday between noon and 4 p.m., Mayor Kathleen Mulcahy announced on Monday. Appointments are no longer available for Tuesday, she said, but the village hopes to hold at least one or two clinics per week depending on vaccine availability.

The village has been working with the Save Sag Harbor citizens group, Andrew Poster, the pharmacist at the village branch of White's Apothecary, and the Ambulance Corp to set up the site, according to a letter sent to residents this weekend. Only people 50 or older, school teachers, and people 18 and over who have a qualifying comorbidity will be eligible for the vaccines. Those in the latter group must provide a signed letter from a doctor, and all patients are required to have a valid New York driver's license or other form of identification, and a health insurance card.

Starting on Fridays, available appointments for the coming week will be posted online at a site set up with White's. The clinics will likely be held on Tuesdays and Wednesdays, Ms. Mulcahy said. The village is seeking volunteers, both those with medical training and those without, to work at the clinics. A sign-up sheet is available at by clicking here.

Stony Brook Southampton Hospital will hold a vaccination clinic at East Hampton Town's Center for Humanities building at 110 Stephen Hand's Path, also on Tuesday, from 8 a.m. to 6 p.m. Although appointment slots were no longer available, the hospital will hold future vaccine clinics at various sites. These are announced on the vaccination page on the hospital's website. Certain pharmacies, other hospitals, and some doctors' offices are also offering the vaccine, and there is a state-run vaccination site at the Stony Brook Southampton college campus.

On Friday and Saturday, over 1,700 doses of the Pfizer vaccine were administered at the East Hampton Town site.

Statewide, 30 percent of New Yorkers had received at least one dose as of Monday, according to Gov. Andrew M. Cuomo's office, and more than 16 percent had completed the vaccine series (two doses of the Pfizer or Moderna vaccines or one of the Johnson & Johnson vaccine).

None of the vaccines have received authorization for emergency use in children under 16. For tips on how to secure a vaccination appointment or locate vaccine providers, click here.