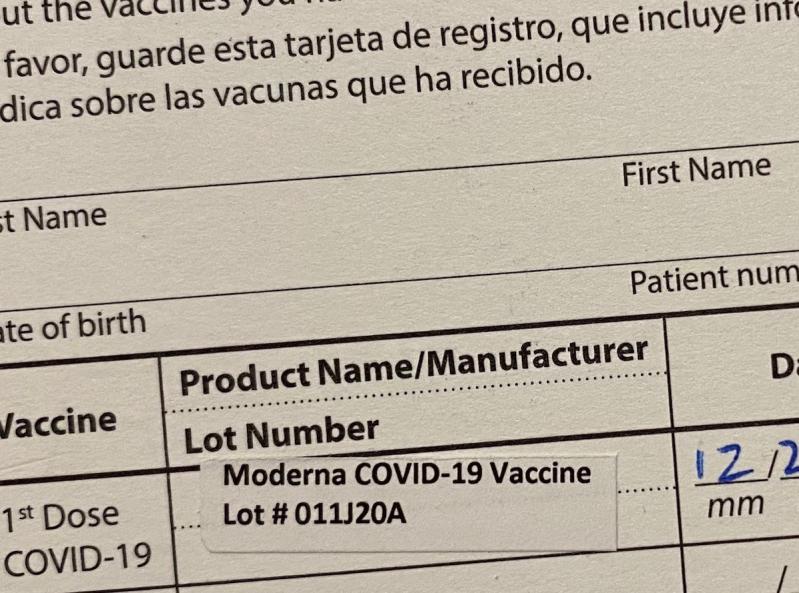 By Jamie Bufalino and Carissa Katz

New York State has opened Covid-19 vaccinations this week to anyone 65 or older and the immunocompromised, members of police and fire departments, health workers at outpatient facilities including private medical and dental practices, teachers and school staff, child care workers, transit workers, and grocery store workers who interact with the public. But even those who qualify have been warned of a long wait to actually receive the vaccine.

The move expands the population of New Yorkers eligible to receive the vaccine to at least seven million, according to the governor's office, but the Centers for Disease Control and Prevention has not provided guidance on what medical conditions qualify as immunocompromised so the number could be far greater. "Obviously it's people with cancer, chronic kidney disease, C.O.P.D., Down syndrome, heart conditions," Gov. Andrew M. Cuomo said, but noted that obesity, Type 2 diabetes, and pregnancy could also fall under that category. The state is working with the C.D.C. to define the designation, he said.

Meanwhile, across the state hundreds of thousands of health care workers who had been given first priority for vaccinations have yet to receive them, Mr. Cuomo said. The federal government has been allocating just 300,000 doses of vaccine a week for New York State.

The emergence of a more contagious variant of the virus, one which was first detected in the United Kingdom, prodded the C.D.C. to expand eligibility, he said. Fifteen cases of the U.K. variant had been detected in New York, including two in Suffolk and two in Nassau Count, he said.

Despite the expanded list of eligibility, Stony Brook Southampton Hospital said Monday that hospitals have been directed to continue vaccinating their front-line workers, nursing home residents and staff, emergency medical services personnel, and others given first priority by the C.D.C. "We look forward to being able to vaccinate our patients when we are provided with vaccine supply and will continue to keep you informed via our patient portal, website, and social media as information becomes available," the hospital said in a statement on Monday.

To be fully effective, the two available vaccines must be administered in two doses that are injected several weeks apart. The federal Department of Health and Human Services had been holding the second doses in reserve, but on Tuesday, it announced that it would instead be able to make them available to states without compromising its ability to provide second doses to those who need them. "We'd always planned to move to a more advanced stage of how we manage [vaccine distribution] once we had confidence in our supply chain," Health and Human Services Secretary Alex Azar said at a press briefing. "Going forward doses available will be released to first cover the need of second doses, and then cover additional first vaccinations."

Prior to factoring in the increased supply, Mr. Cuomo had said that even those New Yorkers who are already eligible to receive the vaccine may need to wait 14 weeks for an appointment.

To supplement the work done by hospitals to vaccinate priority health workers, five state-run vaccine sites will open this week and will administer vaccines by appointment; another 15 are in the works, Mr. Cuomo said. The only Long Island site opening this week will be at Jones Beach.

The network of distribution sites across the state will soon include doctors' offices, federally-qualified health centers, county health departments, ambulatory centers, and pharmacies (1,200 of which "have already committed to participating in this network, with nearly 400 scheduled to come on-line this week," the governor said).

"Hospitals need to continue to prioritize hospital workers because our number-one risk is still collapsing the hospital system," Mr. Cuomo said. County health departments should focus on vaccinating essential workers, including members of police and fire departments, and pharmacies will provide vaccinations to the general public, he said.

As of Tuesday afternoon, the state had administered 665,172 vaccine doses, nearly 62 percent of its allocation, according to Governor Cuomo, who asked New Yorkers for forbearance. "We need patience at an impatient time in history," he said.

New Yorkers can sign up for notifications about vaccine eligibility and find phone numbers for nearby distribution sites to schedule an appointment on the state's website at am-i eligible.covid19vaccine.health.ny.gov.

Prior to receiving the vaccine, patients must sign a form attesting to eligibility, and take proof of eligibility to the distribution site. Acceptable documents for workers include a pay stub, an employee identification card, and a letter from an employer, according to the governor's office.